Marvel Ultimate Alliance 3: The Black Order came out just over a year ago and I picked it up, but didn’t even put it in the Switch. A little while ago I started to feel nostalgic for superhero titles like Marvel Heroes and Ultimate Alliance so I decided to give it a try. 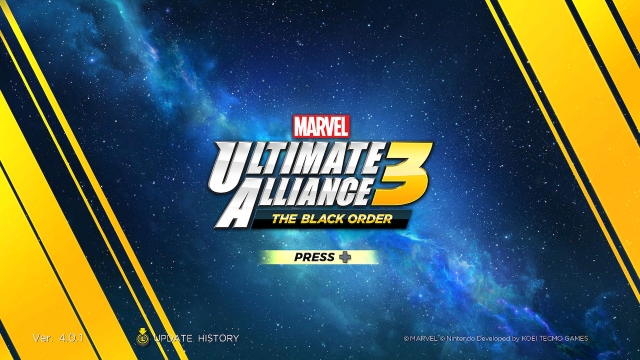 It opens with my least favourite superhero team, the Guardians of the Galaxy. So needless to say the first little bit was a bit of a slog to me, however my patience was rewarded because Spider-Man was the next unlockable hero.

The game consists of two starting difficulties, friendly and mighty, and 10 chapters. What is really spectacular is that you can unlock an amazing amount of characters from a single playthrough of the main story in either friendly or mighty difficulty. 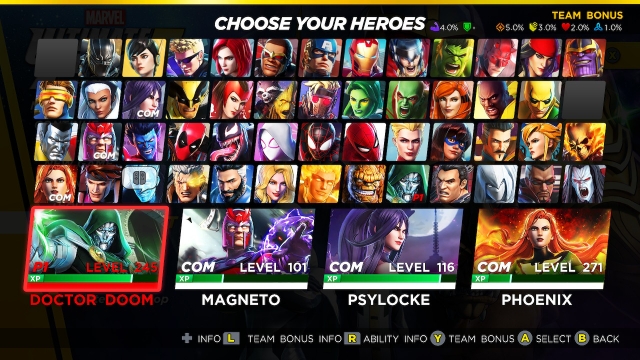 Aside from the main story, there are several other modes for you to explore: Infinity rifts, which you unlock playing the main campaign and allow you to unlock costumes and characters while offering challenges and increasing difficulties. When you purchase the DLC there are two new modes: Gauntlet, a continuous set of missions with varying challenges, and Danger Room, a mode with increasing difficulties and challenges which you can compete or cooperate with other players. Gauntlet mode features new unlockable characters and costumes and small snippets of story narrated to you. 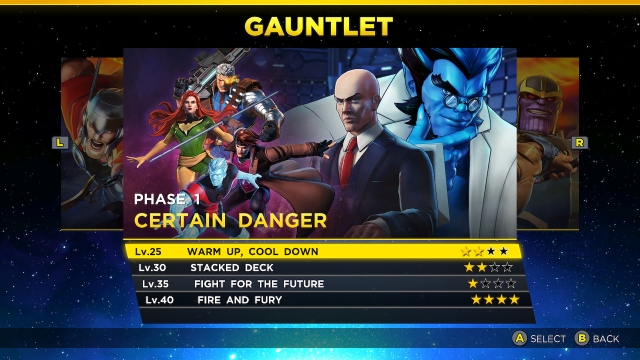 The game has several level up and improvement mechanics. Any character you have unlocked can be leveled up to level 300, which gives small stat increases along the way. As a character levels up you earn Alliance Experience Points. These points are used to navigate a hexagonal web of small stat increases based on the six main stats and unlock the ability to hold a fourth iso-8 gem. Iso-8 gems are the final level up mechanic, which are unlocked by playing the game and defeating enemies. They are one of eight colours and have differing effects like team XP + 100% or Mastery + 1000. These gems allow you to really buff your characters to your play style and each iso-8 can be leveled from “C” grade to “AA”, which just adds more to grind and customise your team with. 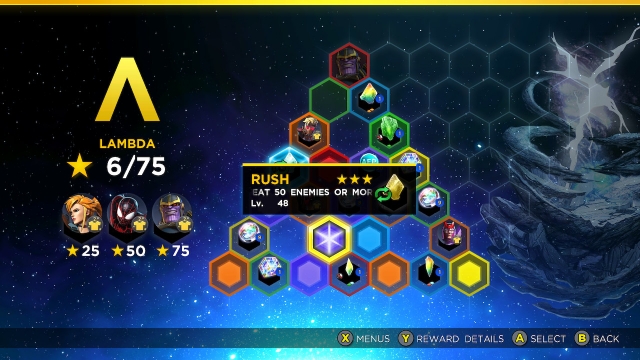 Honestly it was a bit rough in the beginning, but it quickly grew on me. It was a good challenge with an amazing community on Discord to help out or just group up with to run some rifts or gauntlets. Plus there are monthly challenges to do certain game modes and unlock currencies to unlock more costumes or consumables to help you level up easier. 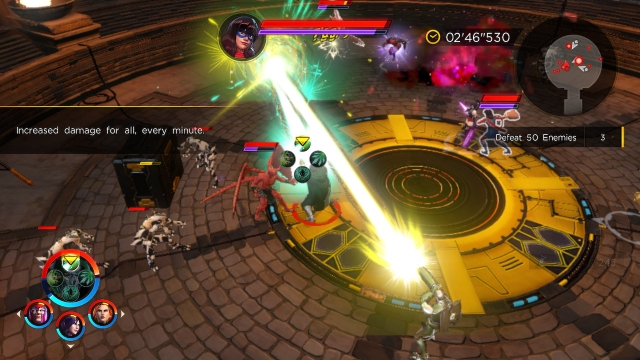 Overall, I loved the experience that Marvel Ultimate Alliance 3: The Black Order offered. Whether it was single player or with friends, I loved playing as my favourite characters, even one year later. 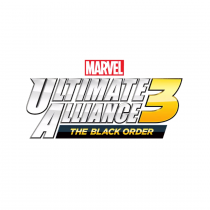