Hammers in Monster Hunter World: Iceborne look about as absurd as Great Swords do. There’s no discernable reason that your hunter should be able to lug this colossal blunt object around with them, yet somehow they do. Luckily, Hammers also do as much damage as it looks like they should. In fact, they’re one of the most powerful types of weapon in the game. 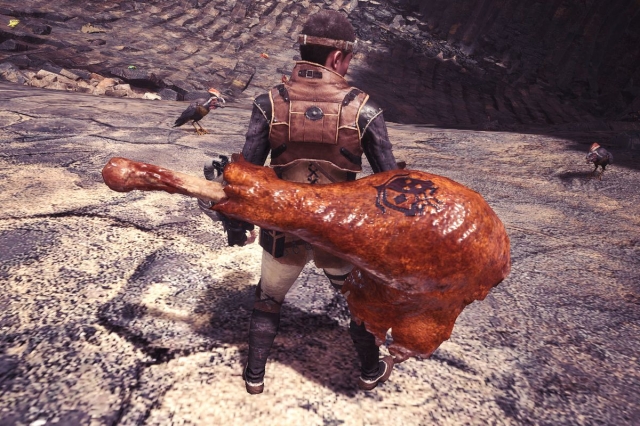 Hammers are blunt, heavy weapons, and as a result, they’re ideal for stunning monsters. Whilst stunning a monster, every hit from a Hammer will also deal a huge amount of damage, which makes a Hammer user a vital part of any team’s composition.

These weapons have a wide hit zone, but a pretty short range. You need to make sure that you’re right up in a monster’s face before you try to land a blow, to ensure it won’t dodge out of the way.

It’s also important to note that Hammers are incredibly slow to use. All of that power takes a lot of time to move around, and you’ll be vulnerable whilst trying to attack. Be aware of a monster’s attacks, and time your hits to avoid getting hurt yourself.

Any Hammer is fantastic for breaking armour and other parts off of a monster. However, they’re useless at cutting off tails, because they’re blunt weapons.

Picking up a Hammer is easy for most players, because they have a simple moveset that’s not too difficult to master. Hammers also have a unique ability, the Power Charge. Put simply, this allows you to charge up an attack using stamina, which will deal greater damage, and add more stun power to your next hit.

Power Charge is a gateway to new moves 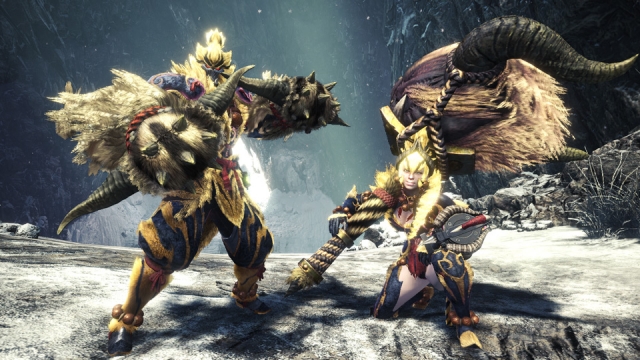 Once you’ve charged up your Hammer, you’re open to a bunch of new, more powerful, moves that can be essential to a hunt. Once again, these are simple, but they’re incredibly effective when you’re getting up close and personal with a giant monster that’s been devastating your party.

Whilst you’re charging up your Hammer, you’re immune to flinching. This means that you can push through some of a monster’s attacks that would otherwise send you flying, or see you cowering under its incredible roar. A key tactic when using Hammers is to charge in anticipation of these moves from a monster, so keep an eye on what your prize is doing as you close in.

Aim for the head! 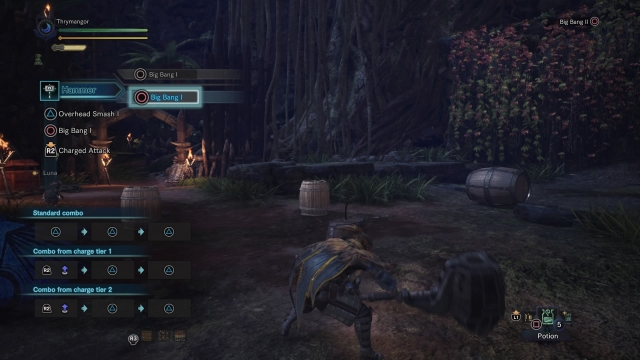 This probably goes without saying, but you should focus as many of your attacks with a Hammer on a monster’s head. This will do wonders for your hunt, stunning the monster more often than not, and breaking off horns where possible. As with humans, most monster’s heads are weak spots, so it never hurts to try to hit it as much as possible, particularly with Hammers as big as the ones in Monster Hunter World.

Slide for a Spin

When chasing down a monster, make use of any slopes you come across. Charge up your Hammer as you slide, or before, and attack as you’re sliding to create a powerful Aerial Spin attack. When aimed at a monster’s head, this is devastating. Monster Hunter World: Iceborne brought a few updates to Hammers. First and foremost, it simply made them better and far more viable on hunts. This is all down to the Clutch Claw, which hugely increases your maneuverability with a Hammer. Not only can you close the distance between you and a monster much more easily, with the simple touch of a button, but you can also get away from a monster after landing, or missing, an attack much quicker.

Using your Clutch Claw immediately after an attack is the best tactic right now. It gets you closer to the target, and puts you into a crouch state so you’re less at risk of being hit. The Clutch Claw also weakens all parts of a monster, so getting hits in with it where you can will make your Hammer blows count for more damage if you can land them in the broken area.

If you manage to latch onto a target, pressing the heavy attack button will hurt the monster, and charge up your gauge.

Slinger Burst attacks are also massively overpowered for a Hammer user. If you down a monster with a Slinger Burst, the monster’s head will be within easy smashing range, and that Hammer will literally crush it.

The aforementioned sliding Aerial Spin attack has a new level to it with Iceborne. Using the Clutch Claw right after the Aerial Spin will allow you to get another hit in much faster. This is particularly useful in the new map, Hoarfrost Reach, where there are loads of opportunities for sliding around.

The Slinger Burst can be fired even while you’re charging up your Hammer. If you’re mid-charge, and fire off a shot, that charge level won’t drop. Use this to your advantage, and charge up your Hammer when you can, whilst also keeping the monster at bay, and dealing damage, as you ready for a big attack.

That’s all there is to know about using the Hammer in Monster Hunter World: Iceborne. There are so many crazy looking versions of these weapons out there that it’s honestly worth getting into them just for the outfit choices you can make. It’s also quite funny to watch your hunter walk