When it comes to sheer volume of content, I honestly think Star Wars fans have been incredibly lucky. There’s a large variety of great Star Wars media of all kinds to consume, including novels, TV shows, movies and, of course, videogames. Star Wars videogames have been produced since the early ‘80s, and there’s quite a selection of classics to pick from. Both Star Wars: Knights Of The Old Republic games, Star Wars: Battlefront 2 (both versions), Star Wars Jedi: Fallen Order, but there’s also one that I’m particularly partial to.
Star Wars: Republic Commando is a 2005 first-person shooter game that is set during the Clone Wars era of Star Wars, roughly around the same time as the infamous prequel films. 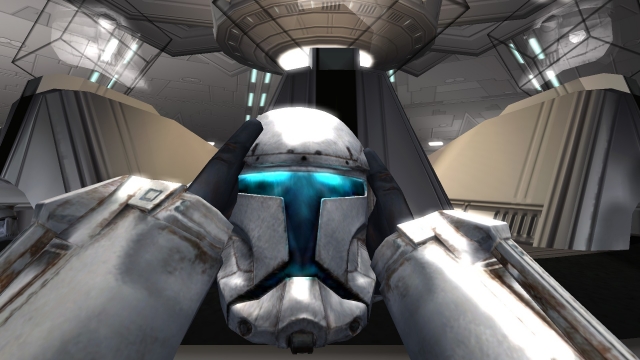 You assume control of the lead trooper in a squad of elite clone commandos, genetic copies of the bounty hunter Jango Fett. Your squad consists of four troopers (including you), each with their own personality and specialisation. You assume the eyes of RC-1138 (or simply “Boss” or even “’38”) who is the leader and is responsible for giving out commands, the strategic backbone to the team. RC-1262 or “Scorch” is the demolitions expert and wisecracking jokester of the squad and also helps to keep the morale of the team high in dire situations (at least, that’s the excuse). RC-1140 or “Fixer” is the tech guy, unofficial second command to ‘38, and is also the most deadpan and by the books of the squad. Last but certainly not least, RC-1207 or “Sev” is the headhunter marksman, who often favours the sniper attachment to his gun, and provides a more worrying wit to contrast with Scorch’s mostly harmless gags. 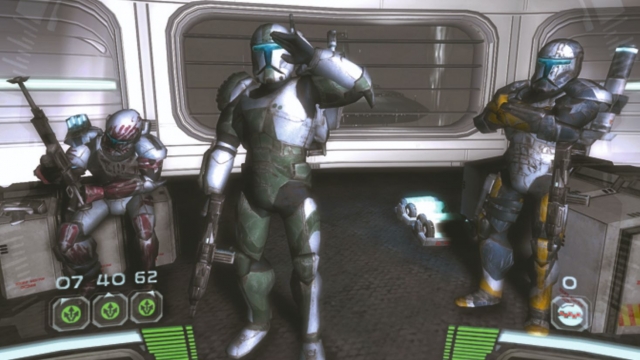 These characters are all introduced to you in a brilliant opening mission set on the dusty and orange world of Geonosis. This gets you accustomed to the mechanics of the game and what tools you have to do your job. You have both a fast-firing blaster rifle and a surprisingly potent sidearm at your disposal along with both a sniper and fragmentation attachment that slot on to the barrel of your modular rifle. In addition to this, one of the best aspects of the game is the unique weapons that you can find scattered across the map. You can use a Geonosian beam weapon, a Trandoshan shotgun and even a Wookiee bowcaster. 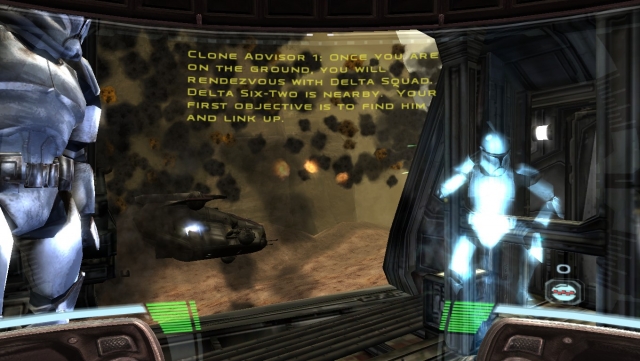 Facing off against droids, angry locals and pirates, though, the most powerful weapon you have is your teammates. If you see a sniping position, you can instruct one of your squadmates to move up and provide ranged support. Likewise, if you need a door sliced or breached, you can assemble your teammates to do either, with varying results on the option you picked to open it. And if one of your squadmates is low on health, you can point them to a Bacta dispenser to get themselves healed up. The system isn’t perfect, as you can’t actually select a specific teammate to do a specific thing and all your squad members have the same approximate skill for every task, so the in-universe specialisation ends up being mostly null in-game.

Nevertheless, the control the game gives you in actually commanding your fellow troopers is a breath of fresh air. It is also a crucial aspect to later levels, as rotating soldiers inbetween positions will be what keeps you breathing in the end. Your teammates, if still alive themselves, will also revive you if you do go down, which makes the game both less frustrating and draws you closer to the characters themselves. The game’s tone is what makes me like it the most. It serves as an interesting parallel to the films in the sheer brutality it sometimes displays. Alien blood and droid lubricants splash onto your visor as you wreak havoc and Boss sardonically gloats about a dead Jedi. You feel genuinely threatened by the usually comical Battle Droids that you face off against, and when a Super Battle Droid enters the scene, there’s a moment of panic as your squadmates focus fire on it. The more Fury and Platoon-esque atmosphere is refreshing, as it effectively displays the more grounded aspects of the Clone Wars from the eyes of some of the best. 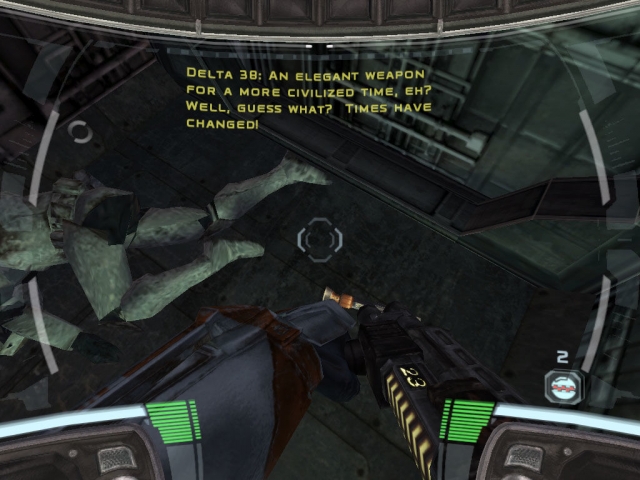 Even when you’re fighting the Trandoshan pirates and slavers on a raided Republic ship, there’s a sense of levity from your clone brothers. Sev and Scorch provide banter and great one-liners, which is reeled in by Fixer most of the time, but one of the more underappreciated aspects of the team’s chemistry is the dynamic dialogue. When not engaged in combat, if you discharge your weapon one of your teammates might comment on this by asking if you’re okay. They also might sarcastically remark or ask if your head’s alright if you repeatedly instruct and then cancel a certain order. And they’ll also compliment you on your kills, as well as each other’s. The team doesn’t feel like a group of NPCs that occasionally spout exposition or canned lines, it feels like they actually work off each other and are in fact elite troopers. 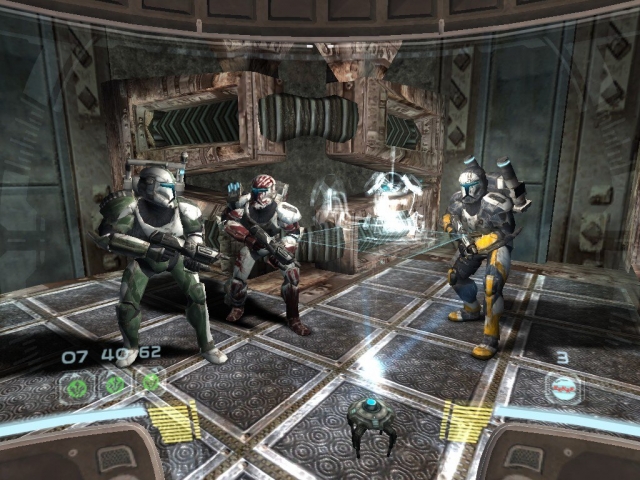 My only real complaint about the characters is their difference in voices. Since they’re all clones, they should technically have Jango Fett’s natural Kiwi accent (Boss does though, as he’s voiced by the original actor, Temuera Morrison) but many seem to have normal American accents. A nitpick, but still something that occasionally distracted me.

Something else to touch on briefly is the sound in the game. As well as John Williams’ classic Star Wars tracks, Jesse Harlin was responsible for much of the original music composed for the game. It fits beautifully with both the Star Wars franchise and the game itself, “Vode An” being one of the standouts. It has a more dramatic and militaristic feel that even has its own language in some songs; the first introduction of the Mandalorian language in the series. It matches the war-like existence of the clones and the unified determination they all share. This is also complimented by the inclusion of all of the classic sound effects for the weapons that make the battlefield feel authentic. Star Wars: Republic Commando is an amalgam of a lot of different games and mechanics but the unique take it has on the Star Wars brand is worth playing through, and it’s definitely one of my favourite Star Wars games because of this.