I’ve been playing Star Trek Online for a while now, but I recently grasped that it has a problem. It was only when I noticed that I had 29 of the limited-time Q’s Winter Wonderland currency - spread across seven different types of currency, that I realised it has a massive issue with money.

The limited-time Wonderland event transports you to a special zone. Whilst there you can participate in loads of events such as pie-eating, snowball fights, Klingon ice fishing, and fighting Borg snowmen. There are some exclusive items available from the sellers in the Wonderland, too, which of course use the currency that’s only available there. What makes it a little more awkward is that each of the seven currencies take up inventory space, and this being an MMO inventory space is obviously at a premium.

Granted, the Wonderland event only happens twice a year, so you only have to worry about your inventory for a few weeks out of 52. But Star Trek Online has seven other currencies. These are available year-round, and technically one of the currencies has 14 varieties. 28 available currencies, and that’s forgetting about the eight which were removed in 2011!

For reference, here are the seven Wonderland currencies, used to buy items that are largely only useful in Wonderland:

You can get weapons that only work in Wonderland, or you can get a bunch of cosmetic items such as jumpers and woolly hats. Admittedly, if you grind the area for as long as it’s available, you could probably buy everything that’s on sale, as none of it is actually expensive. 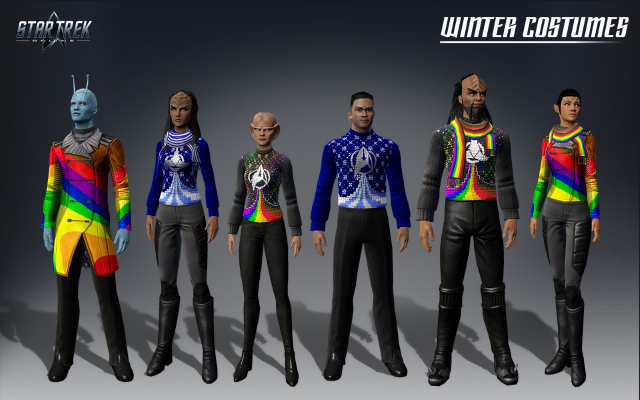 Unfortunately, that’s the issue. Grinding. Of course, it’s an MMO which means that it has a premium currency available for real money. It’s called Zen, and you can buy it using the in-game currency called Dilithium, but it’s a hell of a lot easier to get it for real money. Which is probably the point, really.

You get Dilithium for almost everything you do, and you can get a bunch more by literally mining it on an asteroid in the Alpha Quadrant. However, it’s Dilithium Ore. To use it, you need to refine it - which you can only do 8,000 worth of refining per day. There are a couple of ways to increase it, but that still only lets you get 1,500 extra every three days.

When you have enough refined Dilithium, you can buy Zen from other players. On an average day, one Zen will cost about 430 Dilithium. If you want to buy anything with Zen, you’re going to need over 1,000, usually closer to 3,000 Zen. So yes, clearly you’re going to need to sink the better part of a year into refining. The only “get rich quick” scheme is to refine your 1,000 per day with multiple characters on your account, but then it’s not exactly easy to get the refined Dilithium to your main account. 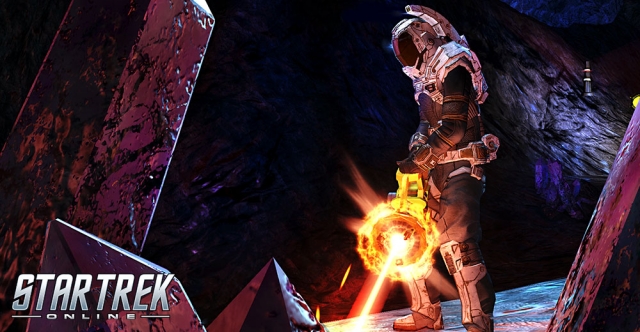 But enough about that, you can actually buy items with Dilithium! Ships, hanger pets, weapons, equipment, the usual. You can also buy Phoenix Prize Packs, which give you a random token that you can use to redeem something that’s not on sale anywhere. They’re a whole other thing on their own, but not technically a currency so I won’t go into detail.

The main thing you’re going to be using is Energy Credits. Unlike Dilithium, you do get Energy Credits for literally everything. That’s a good thing, too, as you need them for equipment, buying items that are used in a specific mission type (Duty Officer Assignments), and for Fleet-based operations. They can also be used to buy new ships when you go up in rank. Additionally, you can use them to buy Master Keys (used to open lock boxes) from other players. Be warned, however, that they are not cheap, but lock boxes can give you items you can’t get anywhere else. 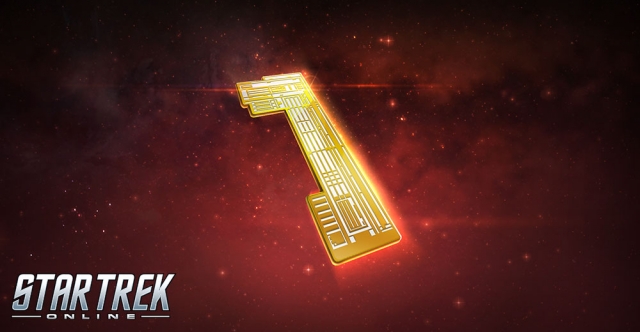 Next up are a limited currency that you will mainly see coming from lock boxes, or from certain events. Lobi Crystals are used to buy limited-time items or ships, but they can also be used for costumes, weapons and equipment. The price of things in the Lobi Crystal Consortium vary from one to 900 crystals, with rarer items often costing even more.

I’ll be honest, Gold Pressed Latinum has fewer uses than Lobi Crystals. You can buy items to make your ship look different - for an hour or so - as well as certain outfits and trophies. You can either win it playing Dabo with Energy Credits, or you can straight up exchange one for the other. I personally prefer the first method, so I can shout “Dabo!” when I win.

Although it’s on the list as a currency, Salvage only has one use. Use it to change the added effects on weapons - such as armour penetration. You get it by selecting equipment or weapons in your inventory that you’ve picked up (not bought), and choosing the “Salvage” option. Unless you want to reroll equipment all day long, it’s fairly pointless.

Perhaps the most frustrating currency to obtain, Reputation Marks, are obtainable from the start, but only usable once you hit level 50. There are 13 different factions that you need them for, and they are used to level up your reputation with each one. The higher your reputation, the better equipment you can spend even more Marks on. It’s all good stuff which will buff you in certain ways depending on how much of which one you have equipped at once. However, as I say, Marks are annoying to get as you have to complete Task Force Operations (TFO), which require you to work with other players. If other players aren’t playing the TFO you want, then you’re going to be waiting a long time to get the Marks you want. Marks aren’t given at a flat rate, either, they are performance-based. If your TFO doesn’t go well, you get a lower amount. 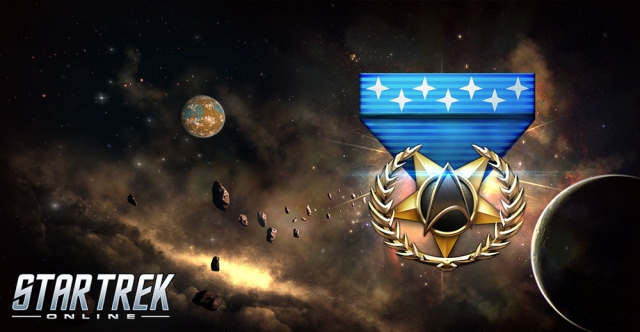 To make things more interesting, there is a 14th Mark, the Fleet Mark. These are used in fleet operations, so if you never join a fleet you’ll never need them. Not that you’re told anything about fleets in the game…

Fleets also have Fleet Marks, which are also used for fleet operations, but also used for buying things in the fleet requisition stores - once you reach the right rank inside the fleet. If you’re not a Sargent, you can’t buy those hanger pets you’ve had your eye on. You increase in rank by spending currency on operations. Each one needs a different amount of each one - some only require refined Dilithium, others need your fleet members spending their Fleet Marks, Fleet Credits, Energy Credits, and Duty Officers. If nobody has any spare Science Officers? Well, then all that other currency you’ve all spent has gone to waste.

Finally, I already mentioned it but Zen. People in Star Trek Online’s chat and subreddit will always warn you - don’t buy Zen if there’s not a sale. Black Friday, New Year, Summer - just wait for a sale, when there is either money off or some extra Zen with your purchase. Of course, it’s entirely up to you how you spend your money. Zen are used to buy ships, mainly, because lock boxes are great - but they give you something random. Zen allow you to buy exactly which ship you want. You can also unlock costumes or costume sets, special items and even races to play as. Stuff in the Zen store are often discounted, too. I’ll be honest, when I thought up this article, I figured it would be a short one. A thousand words later, clearly it required more explanation than I first imagined. That’s a bit of a problem for a 10-year-old MMO like Star Trek Online! Most of what I’ve written here isn’t covered in the game, and you have to resort to checking the Gamepedia for, or asking people in chat.

Yes, keeping players interested is definitely a challenge that Cryptic Studios has done a great job in tackling boredom with frequent events and brand new content, but is the grind worth it? I generally play it every day, but out of the 16 episodes, I’m still only on the 13th. I’m swamped by daily tasks that need completing, and that’s before I even think about which currency I need. Okay, yes, it’s usually Dilithium, but sometimes I need the others!

I suppose time is the one currency Star Trek Online doesn’t have enough of… And in a game with time travel as the plot to multiple missions, and with my character who time traveled as part of the tutorial, that’s kind of a shame…