Just ahead of the game’s release, EA revealed how ranks, rewards, and progression are going to work in Star Wars: Squadrons. What I saw were the core pillars of why a community will form around this game, and why it'll have longevity that sees it being played on a daily basis well into 2021.

A Reason to Play Every Day 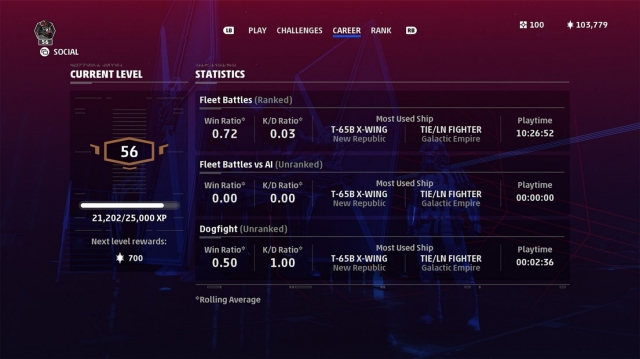 EA seems to have built in a system that, like an MMO, rewards players for coming back to play every single day. Simply by playing you’ll earn Glory, which is the in-game currency used to earn cosmetics. For most, the chase for the next best cosmetic will be a big part of why they play each day. The second currency you’ll earn is XP, which levels up your account, and also earns Requisition, which is used to purchase parts for your ships.

You can earn all of this just by playing one of the game’s various modes. But there’s even more to keep you engaged. 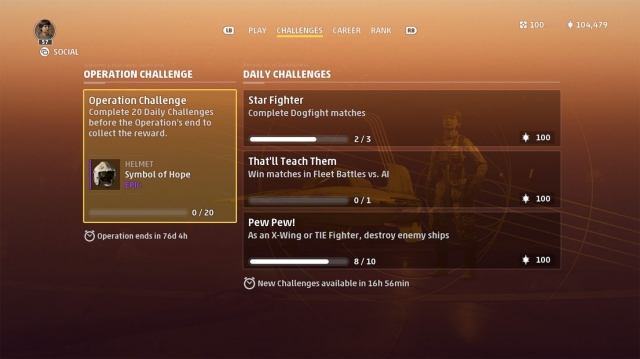 Each and every day you’ll be given Challenges to complete. There will be Daily and Operation Challenges, which are timed and have a set reward. Daily Challenges for example, will give you some bonus Glory, and give you a reason to try something different in the game, or revisit a mission or mode you haven’t played for a while.

Operation Challenges are different though. Yes they’ll award you with Glory, but you might also earn a new rare cosmetic item, one that’s tied together with the ongoing Operations. 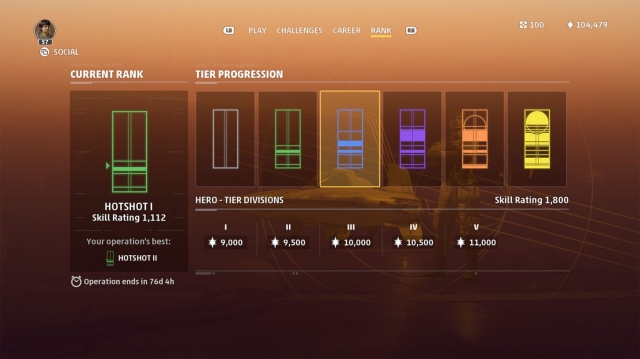 Operations aren’t just flavour text to keep you interested in an ever-evolving story, they’re hardcore battles being fought by the entire community.

An Operation is an 8-week cycle that starts once Star Wars: Squadrons launches. Each one brings its own unique set of cosmetics that you’ll only unlock by completing the Operations Challenges set for the current period.

On their own, Challenges, Operations, and Operations Challenges aren’t enough to keep you engaged for longer than that initial eight weeks after launch. By then you’ll probably be fatigued, and ready to move onto something else. That’s where the Fleet Battle rank system comes into play. 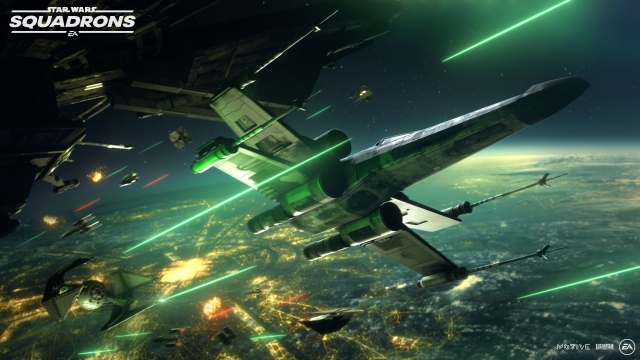 Every time an Operation completes and resets, the competitive rank tied to the overarching Fleet Battle will also be reset. These ranks are what will award the best cosmetics and parts, and you’ve really got to work at them to keep getting the most out of the game.

The Fleet Battle Ranks are: Maverick, Hotshot, Hero, Valiant, Legend, and Galactic Ace. Each rank awards more at the end of an Operation than the last, so it’s worth pushing your rank as high as it will go.

This rank system is the game’s version of high level competitive play. It’s a ladder system that provides a way for players to test their skill against others, and show off when they reach the highest tiers.

There are exclusive helmets for hitting the ranks of Valiant, Legend, and Galactic Ace for the first time. These more than anything else are the reason that you’ll continue to play Star Wars: Squadrons long after launch; providing you enjoy the universe, and have a competitive streak. 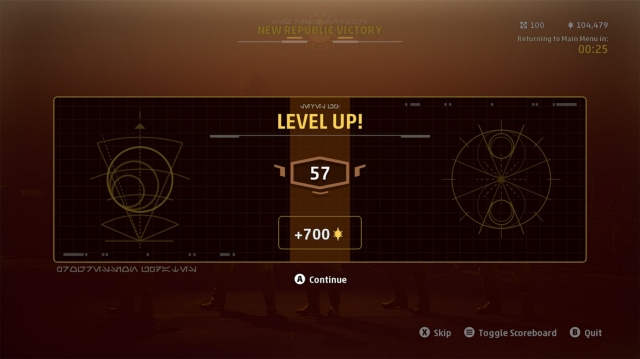 Your level is the one number you’ll never see drop in Star Wars: Squadrons. Whatever you do, as long as it’s playing the game, this level will keep on growing. Over the course of 40 levels you’ll unlock enough Requisition to purchase every part in the base game at launch. From there on, you’ll just keep earning Glory and more cosmetics.

The thing about your level is that it doesn’t define whether or not you’ll beat someone else in a multiplayer match. It doesn’t even necessarily mean you’re a good pilot. What it means is that you have more or fewer options open to you.

The game has been crafted to allow high level players the ability to choose between many parts. This might give them an edge in combat, but they need the skill to use those parts in action, otherwise they’re useless.

Investing enough time to push your level and earn all of those parts will be the overarching goal players chase. It’s paramount to the longevity of Star Wars: Squadrons, and I think it’ll be a big part of why players stick around. After all, once you’ve learned how to pilot every ship like the best pilot in the galaxy, why would you play anything else?