Almost every developer has a game, sometimes even plural, that get forgotten or looked over as history remembers them for a particular series or genre of game. This is a little look at five fantastic games that diverged from what these developers were known for.

Sonic Chronicles: The Dark Brotherhood stands out as being BioWare’s only handheld release (so far) and also a bit of a tonal shift coming from the Knights of the Old Republic games and Mass Effect the previous year. Released for the Nintendo DS in 2008, it brought Sonic into the turn-based battle RPG the same way Super Mario RPG did for Nintendo’s mascot.

The game starts with Eggman presumed dead, the Chaos Emeralds missing and Knuckles being kidnapped by a group known as the Marauders, and it’s up to the Sonic and friends to save the day. It featured some unique mechanics like the party leader being able to use their signature move to assist in the field and puzzles requiring you to move characters individually to solve them.

It ended with the suggestion of a possible sequel which has sadly never materialised. A game well worth your time if you can find it. 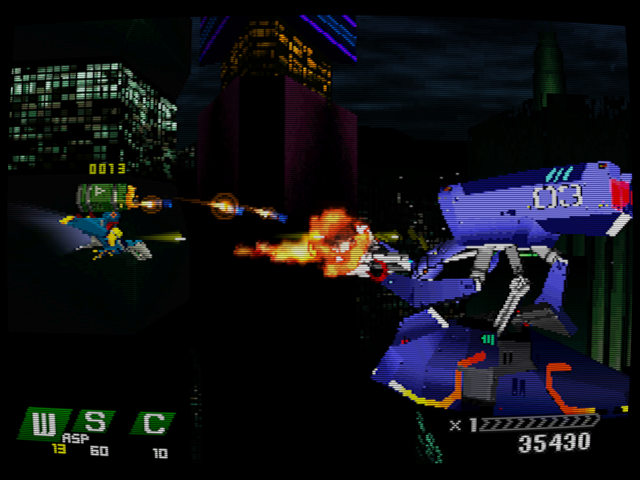 When you think of Squaresoft you think of Final Fantasy and probably not much else as that is what the company focuses on almost completely these days, but back in the early PlayStation days they released some quirky and unusual titles. Fighting games such as the Tobal series and Ehrgeiz were solid enough but it’s Einhänder that sings to me. A horizontally scrolling shoot ‘em up (shmup) that had a unique neon-future aesthetic, an interesting weapon mechanic and most of all a fun selection of bosses.

It’s the only time Square has touched the shmup which is a shame as it has some really great touches throughout its levels. It’s fairly typical fare to begin with but then you get to the bosses. From fairly standard police assault vehicles to hulking mechs that roar for some inexplicable reason you can’t help but smile.

Mechanically the game has your ship fitted with a standard cannon but you can attach a variety of “gunpods” to its frame. Often you can get weapons you want by eliminating enemies that use that weapon themselves which is a neat touch. Visually the game is one of the few PlayStation-era games where the 3D visuals still look attractive today thanks to some great art direction. Another unusual shmup entry here, Polyphony are mostly known for the Gran Turismo series, but the next game they released after the original entry in that series was this little gem. Omega Boost for the PlayStation is a mecha game where you shoot waves of enemies before taking on a boss, it sounds pretty generic but the beauty is that you’ve got full 360 degree movement and the action is insanely frenetic.

The game as you’d expect from Polyphony is beautiful. It takes advantage of being set in fairly empty environments by pushing up the detail on all the models. Some of the bosses look incredible and whilst you don’t normally see normal enemies long enough to admire them, they aren’t too shabby either.

The game uses a lock-on mechanic, not unlike Afterburner II in that you target huge swathes of enemies before letting rip with heat seeking shots, and has you strafing around in 3D space taking on an insane number of enemies in your Gundam-like mecha. It’s a lot of fun to play and it’s another game on this list I’d love to see revisited. Ahhh, It’s Mr Pants, the game featuring a stickman wearing underwear and a hat. It originally went through many redesigns, being shown as a Donkey Kong-themed game amongst others before settling on the crudely hand drawn aesthetic and using an original character, the eponymous Mr Pants.

It’s a relatively straightforward Game Boy Advance puzzle game where you have to make coloured blocks of at least 2x3 which then vanish. You can place a different colour block on top an existing one which changes the colour below. Whilst it’s a fun little title, it’s not particularly unusual in and of itself.

The game’s visual style and history as a Nintendo-themed game before Rare got eaten by Microsoft and the constant redesign it had before getting released is what make it stand out compared to Rare’s other output. 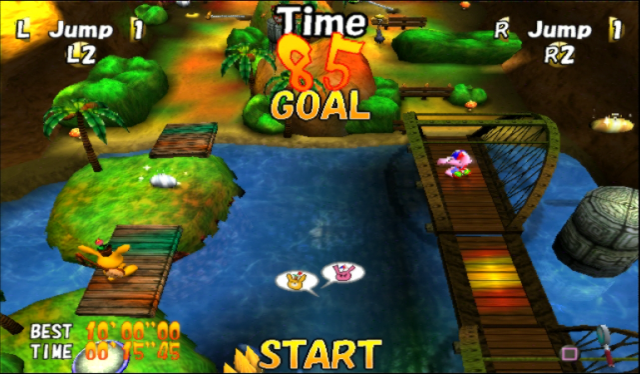 Yes, that FromSoftware, the one of Dark Souls fame has created its fair share of unusual games in the past. Of course it is also well known for the Armored Core series of Mech games so the extremely over the top parody Metal Wolf Chaos perhaps isn’t THAT unusual but The Adventures of Cookie and Cream (known in Europe as Kuri Kuri Mix) certainly is.

Cookie and Cream is an extremely cute two player split screen co-operative PlayStation 2 platformer which sees you having to navigate vertical levels solving puzzles together. You can of course play solo taking control of both sides of the screen with one controller.

Played cooperatively with a friend it’s a relaxing fun puzzle platformer which you’ll thoroughly enjoy. Solo it is quite apparent FromSoftware have always been evil and want you to suffer for the indiscretions of every human being that has existed on the planet.

It did get a port to the Nintendo DS which swapped out the puzzles for new ones that used the touch screen which is a different type of evil but did add new modes too.

So these are my top five oddities, there are loads out there that could easily have slot into this list. Did I leave out your favourite? Let me know in the comments!

I was always suprised Polyphony never went back to it or something else like it, everyone I know who ever played it loved the thing to death!

Bioware's only handheld game being a Sonic RPG is a crazy crazy thing! 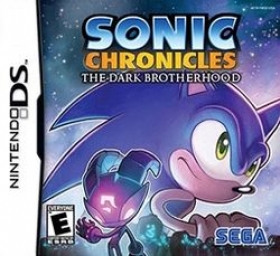