What Makes Rhythm Games So Successful?

If you ask someone what their favourite rhythm game is, most people have an enthusiastic response. The most common responses are Dance Dance Revolution, Guitar Hero or Rock Band and fans of Japanese pop culture are excited to start talking about the Hatsune Miku: Project Diva games. But everyone who has ever enjoyed a rhythm game, whether casual or competitive, has fond memories of their first game. Many people have stuck with their favourite franchise for years and will continue to do so for many more to come. From tapping away with a stylus on any of the Nintendo DS family, to giving your thumbs a serious workout on a smartphone or jamming on a virtual guitar controller, everyone has played some form of rhythm game.

Rhythm games have been around for a surprisingly long time and it’s safe to say they won’t be going anywhere any time soon. This sub genre of games challenges the player’s sense of rhythm. Players must hit combinations of buttons with precision to audio and visual cues. Your accuracy is rewarded with points. The concept is fairly simple and this idea is the backbone of all rhythm games. Many people will tell you that rhythm games as we know them were born with the Japanese PlayStation One title PaRappa the Rapper in 1997. In this title, the player takes control of PaRappa, a rapping dog. If you successfully hit the right button combinations with the correct timing, PaRappa will rap. You are ranked as either Awful, Bad, Good or Cool by the “U rappin’” meter. PaRappa the Rapper is a Japanese title but all of the songs and dialog are in English and it’s not long before you find yourself singing along with the catchy, original tunes. If you prefer the style of a fighting game, get ready for the 1999 hit Bust-a-Groove. This game takes the basics of a fighting game but throws dancing into the mix, resulting in bizarre button pressing rhythmic madness. Two characters battle it out in an epic battle of breakdancing, special moves and attacks. Picture a b-boy dance battle but the dancers have the ability to unleash attack moves to overcome the challenger and ultimately become the victor. In 1999, the arcade dance game culture was changed forever when Dance Dance Revolution hit the scene. DDR was the game that pioneered the active dancing games, over a decade before games like Just Dance hit the shelves. Standing on a virtual dance stage, players step, jump and turn while being directed by floating on-screen icons, shaking their groove-thang to the latest J-Pop hits. Fast forward to 2005. The curtain is drawn, audiences hold their breath with anticipation as the spotlight hits the new star on the scene: Guitar Hero. Guitar Hero had players following along with notes scrolling down the screen with a plastic guitar-like controller, smaller than the real deal but close enough, pressing coloured buttons on the neck of the guitar to match those on screen. Gamers and music lovers alike united in their joy of this new game, racking up high scores, showing off to mates and generally just feeling like a rock star. Then along came Rock Band, adding new instruments into the mix. Now not only could you jam on a virtual guitar, now you could also belt out the tunes until your throat was raw and drum out the killer beats on a device similar to a tiny electronic drum kit. The addition of downloadable tracks was also beneficial as it meant consumers could continue to add to their music library and expand the replay value of the games.

In more recent years, rhythm games have made a move to mobile devices. Touchscreen controls on smartphones, tablets and handheld consoles eliminate the need for awkward buttons or external controllers. The introduction of rhythm games on portable devices meant players could unleash their inner rockstar anywhere - on the bus, in waiting rooms, huddled up in bed - the options were endless. Combine your mobile device with a good pair of headphones - instant Rock God. In 2008, the iPhone Guitar Hero clone, Tap Tap Revenge appeared on the App Store, then spawned various spin off versions of the game - Linkin Park Revenge and Katy Perry Revenge come to mind. The game was almost identical to Guitar Hero but it took advantage of touch screen technology rather than relying on an external controller. The Tap Tap franchise ultimately generated 15 million downloads and received a Guinness World Record as the "most popular iPhone game series”. In more recent years we have seen Japanese vocaloid Hatsune Miku dance across our PlayStations in the series of Project Diva games. Square Enix developed Theatrhythm Final Fantasy, a rhythm game featuring all of your favourite Final Fantasy characters and game music. Theatrhythm is available for free on iOS and includes a couple of free tracks, then in-app purchases allow you to choose other songs from your favourite Final Fantasy games. 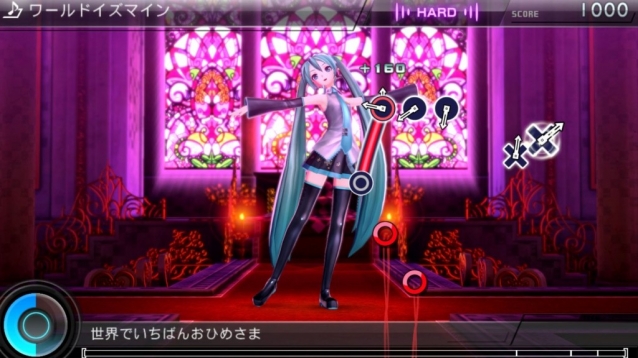 One of the keys of success for rhythm games is that people of all ages and abilities can play. Your grandmother may not be interested in playing Battlefield 4 or Assassin’s Creed IV on a next-gen console and I doubt she would challenge you to a Pokemon battle, but hand her an iPad or tablet with a rhythm game that has music to her liking and she will probably have a bit of fun with it. Games that make you get up off the couch and shake your booty dramatically increase the levels of energy used compared to traditional video games and dancing burns more calories than running on a treadmill. Gaming can fight in the war against obesity! Guitar Hero has been utilised in the recovery and rehabilitation of stroke patients due to the multiple limb coordination the game requires. Various universities have conducted studies to determine how games like Guitar Hero can help with autism and mental health and well-being. Researchers have also used Guitar Hero to aid amputees with prosthetic limbs. Rhythm games are great for anyone to work on improving reaction times and coordination. There is something out there for everyone, literally.

At the end of the day, rhythm games are so successful because everyone loves music. Music has become a huge part of our daily lives, whether we realise it or not. Sometimes, you just want to get your groove on and rock out to your favourite tunes. And what’s more fun than listening to music? Playing it, of course! But since we aren’t all born with exceptional musical skill and talent, rhythm games can be quite a challenge but also a lot of fun. If you’re playing a rhythm game right, you can even feel as though you’re creating the music. Players may have never picked up an actual guitar in their entire lives, but they can shred like no other on Guitar Hero or Rock Band.

Another aspect of rhythm games that sets them apart from other genres of games is that they are both casual and extremely competitive at the same time. You can play a quick game on your phone or handheld on the train or challenge other gamers to a DDR showdown at an arcade or gather a group of friends in your living room and duel each other with plastic guitars, each option being as fun and rewarding as the next. These games require as much skill, effort and time as you are willing to invest in them. Like any other game, the more time you invest in them, the better you become. So what does the future hold for rhythm games? In 2012, Rocksmith put a spin on the traditional rhythm game by allowing players to take a more serious approach to the guitar-based games. Being able to play Guitar Hero on Expert Mode doesn’t make you a good musician. Rocksmith analyses the player’s ability and takes an absolute beginner through the basics, from how to hold the pick to how to hold the guitar correctly. Unlike guitar simulator style games, Rocksmith really teaches you how to play guitar, whether you’ve never held a guitar in your life or you just want to improve on some existing guitar playing skills.

There has been a definite switch in the way in which consumers purchase and play rhythm games in recent years. Games like Guitar Hero and Rock Band no longer fly off the shelves like they used to. Instead we’re seeing a lot more rhythm games topping the charts of the App Store and Google Play. Mobile play appears to be the way of the future for rhythm games. Seeing as most of these games are being purchased online, it’s no surprise that downloadable content goes hand in hand with rhythm games. In-app purchases in particular will continue to be the driving force behind the success of these mobile games. Particularly when games are offered for free like Theatrhythm Final Fantasy, where the game itself is free to play but if you want to play more songs, you must purchase them. This is a smart move, as it lets the player test out the game with no financial commitment.

The fat lady hasn’t sung for the rhythm game genre just yet. Shove aside your shooters and RPGs and embrace the beat.

Jena enjoys pink hair, fighting evil by moonlight and video games. Representing the land Down Under.