The Atelier series are role-playing videogames developed by the Gust Corporation since 1997, primarily for the PlayStation consoles (original, PS2, PS3, and PS4), though portable versions for the Game Boy Color, Game Boy Advance, Nintendo DS, Nintendo 3DS, PlayStation Portable, PlayStation Vita and WonderSwan Color have also been made. Two of the games in the series were ported to the Sega Saturn and Dreamcast.

The series has been primarily released in Japan, though recent titles have been localized for other markets. The game series, based on the definition of "atelier" as an artist's workshop, draws heavily on the pseudo-science of alchemy, requiring the player to find and collect items and combine them in recipes to create better items with which to progress further in the game.

Games in the Atelier franchise

Atelier Sophie: The Alchemist of the Mysterious Book
AboutRSS

Nelke & the Legendary Alchemists ~Ateliers of the New World~
AboutImagesRSS 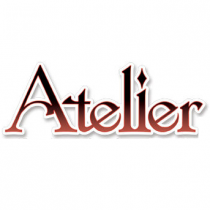