I’ve personally been pretty happy with my Switch Pro Controller, but at an RRP of £59, it’s also a pricey gamepad, especially when compared to the PS4 and Xbox One. This is of course an opportunity for third party manufacturers to swoop in with cheaper alternatives, and in this case, Gioteck has kindly provided me with one of its latest controllers to try out.

The WX-4 controller is available in both wired and wireless ranges, with the former costing less but also with fewer features. For the purposes of this review, I was supplied with the wireless one, which is priced around £24.99. Note that this is compatible with not only Switch but also PC and PS3, though this is based purely on my experience with the Switch. 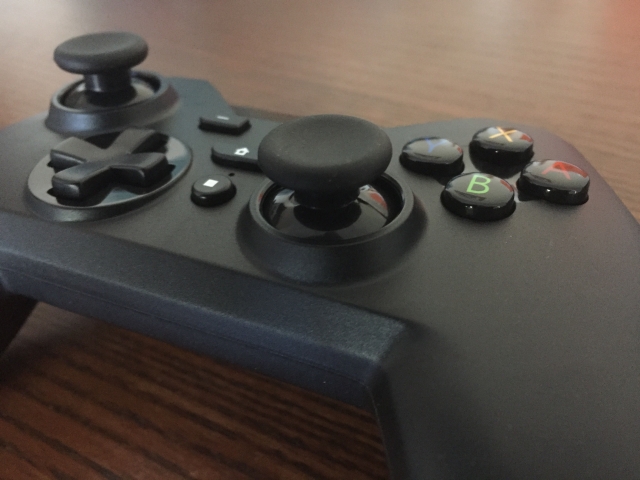 The WX-4 certainly looks the part with matte surfaces (except for the grips) and a traditional layout with regard to face buttons and non-symmetrical analogue sticks, much like the style of both the Xbox controller and the official Switch Pro Controller. The colour of the letters of the face buttons might make the WX-4 look a bit too much like an Xbox controller. Fortunately, the AB and XY buttons are still in the reverse order that Nintendo has always used. You’ll also find the home and capture buttons placed in the centre, which seem convenient. Compared to the Switch Pro Controller, where I often forget where those buttons are.

It’s when you pick up the WX-4 that you notice that it feels a bit too light. While we generally prefer our electronics to feel lighter, a good controller also needs to feel weighty otherwise it just feels cheaply made. This extends to the feel of the buttons, specifically the sticks and d-pad. They make very audible clickity-clack noises, which again accentuates that cheap feel. Not quite a premium product then. That said, everything still works like it should, including the built-in rumble and motion/gyro controls. I also had to test the d-pad out with Tetris 99, and am happy to say it passed the test of not accidentally making me hard-drop any blocks. Also of note are the triggers, which appear to be analogue even though the Switch by default doesn’t use analogue triggers, though it should be useable on PS3 and PC, which do support that function. Nonetheless, as a controller intended for the Switch, it is a little annoying that the shoulder buttons are named L1/L2 and R1/R2, which are actually the naming conventions for the PlayStation’s DualShock, rather than the Switch’s L/ZL and R/ZR.

As for pairing the controller to your Switch, connection is made with a USB to micro-USB cable, which is included. Once paired, a blue light is displayed on the front of the controller, the number of lights indicating whether it’s player 1-4. The downside is that you have to manually pair it with a cable each time, meaning you can’t use it to turn on your docked Switch. Leave it idle for a few minutes and the controller also switches itself off so you’ll need to reconnect it again. Nonetheless, if you’re planning to go for an intense gaming session, you should be able to manage with a fully charged controller for up to 10 hours.

I don’t see the WX-4 replacing my official Pro Controller anytime soon, but despite my niggles with it, it’s a perfectly functional controller at a lower price, which still beats making someone play with the Joy-Cons in a grip.

If you’ve just made do with the Joy-Con all this time on Switch, then the WX-4 is a decent alternative for what you want in a traditional controller with both gyro and rumble support. Ultimately, it’s a cheap alternative to the official pro controller, both in price and quality.

How do i actually sync it im having trouble