Across my twenty-or-so years of playing games of various forms I’ve used a fair few different mice. Ranging from ones with a plethora of extra buttons, to standard simple ones that didn’t even have side buttons for going to the previous page in your browser. 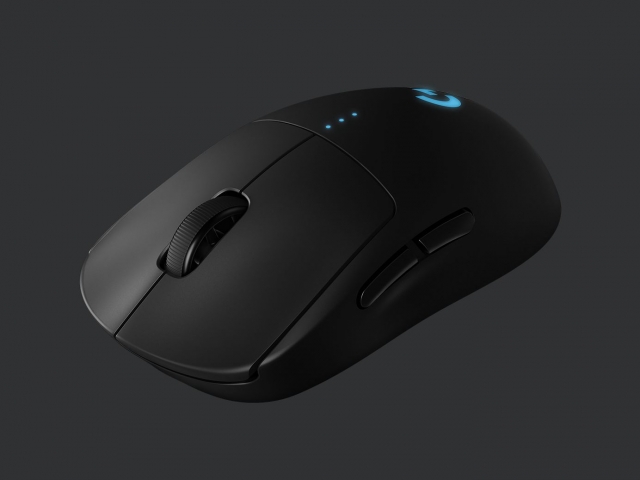 However, across that span of history, I only ever had one which was wireless. And that put me off wireless mice for gaming as it introduced a weird delay between the movement of the mouse and the cursor on screen, small enough that it was fine for desktop work, big enough that it was a pain for gaming. Though it did give me an appreciation for heavier mice, as having the batteries added quite some heft, which I liked.

How will the Logitech G PRO Wireless fair then, coming up against a stalwart supporter of wired devices with all of the weights added? 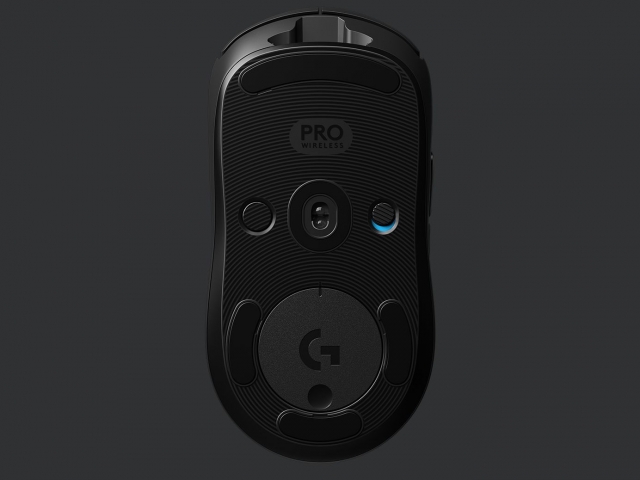 First off, let’s talk about what’s in the box. There’s the mouse itself, with a small wireless dongle. A micro USB cable for charging the mouse, some replacement side-buttons so you can switch between left and right-handed setup and the usage instructions. For all of its portability, like having a removable base plate on the mouse that can be used to store the dongle when it’s in transport, the omission of some kind of carry bag for it to ensure it doesn’t get scuffed up with your other bits and bobs in your bag just feels like a bit of a missed opportunity. Especially for a mouse at this price point. But we’re not here to talk about what’s not in the box.

The Logitech G PRO Wireless, when you first pick it out of the box, almost comes across feeling cheap mostly due to its ultra-light weight. Coming in at only 80 grams, it feels not too dissimilar to the kind of mice you used to be able to pick up for a few quid at the local computer fair. However, when you start taking into account what’s inside the mouse - from a technical standpoint - then that 80 gram figure really becomes even more impressive. With their top notch sensor in there, the HERO 16K not only tracks well, but also uses much less power to do so than its predecessors. Because of that, Logitech was able to fit the G PRO Wireless with a Lithium Polymer battery, instead of requiring more weighty rechargeables to further keep the weight down. From a full charge, even with the lighting going I’ve been able to use it for nearly two weeks of office desktop usage, without even so much as a blip that the battery was getting low. 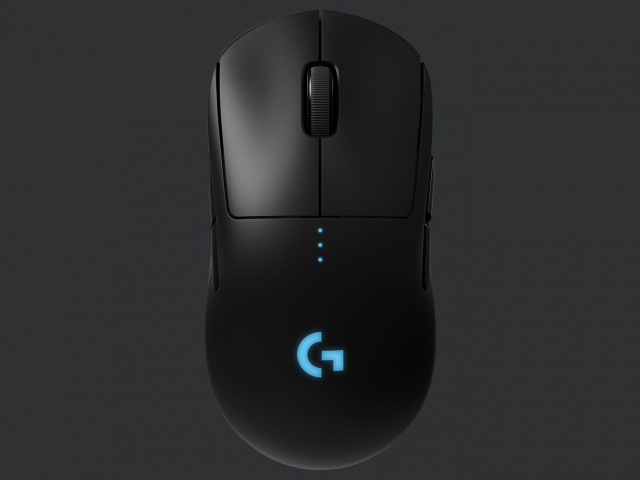 Charging is a sinch, just pop the supplied micro USB cable in the front of the mouse, and then hook it up to a power supply. When connected via USB to a computer, it uses that for a data connection. So if you’re really worried that the wireless connection might let you down, you have a backup option available. You can also use your own micro USB cable, despite the one in the box looking like it has come from the Bat Cave. The design of the included cable just adds some additional support to the wire so it doesn’t move about in use.

And for the wireless aspect, well, for all of my concerns about the technology, the G PRO Wireless might have just assuaged those fears. In multiple rounds of Counter-Strike: Global Offensive, I was just as competitive as if I were using a wired device. It’s hard to even tell you’re using a wireless mouse at times, as there seems to be no delay at all introduced by the technology. I also partook in some World Of Warcraft where accurate clicking can be the make or break of some of the tougher content, but the G PRO Wireless held up to that with aplomb. The only real difference for me here is that some of the aspects I’d normally use with additional mouse buttons became difficult to hit, having the additional buttons on the outside of the mouse leading them to need the ring or pinky finger to hit, rather than the index or thumb as I’ve become accustomed to.

Ultimately, between the difficulty to hit and the amount of accidental actuation I’d racked up on the outside buttons, I reverted back to the setup as it came out of the box. But having those options available means that this is a truly ambidextrous mouse. It’s shaped symmetrically, so pop the left hand buttons off and add the right ones, and you’ve got a mouse that’s perfect for southpaws, too.

Overall, the Logitech G PRO Wireless might just be one of the nicest wireless mice I’ve had the pleasure of using and whilst it won’t be replacing my existing mouse for desktop gaming - if only because of my utilisation of the additional buttons - it’ll serve its life as my daily driver for office based work, as well as gaming on the go. 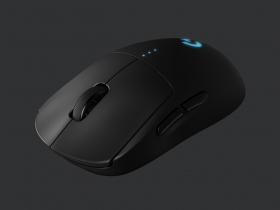