Over the years I have come to appreciate just how important it is to pick the right keyboard when building your gaming setup. While it would be easy to break the back on a custom-made mechanical keyboard that has all the bells and whistles, sometimes it’s good to go for a more reasonably priced option. Enter the GXT 881 Odyss semi-mechanical keyboard from Trust, with it’s RRP of £34.99 (GBP), and the promise of meeting your gaming needs. Offering a range of features, including anti-ghosting and semi-mechanical keys, this keyboard seemed like a reasonable option for those looking to stay within a budget.

The first thing you will notice about the GXT 881 Odyss keyboard is how solid the build quality is. Sure, shame on me for expecting something a bit cheap given the price point, but in truth it’s a steady keyboard that looks and feels like it could take a beating. It’s a little on the big side mind you, coming in at a width of 470mm and a depth of 215mm which, while not massive, is bigger than it needs to be. This is due to the form factor of the keyboard featuring wide edges that stick out on all sides, usually in a jagged manner. The main offender is the top of the keyboard where you will find the media keys which are also the largest keys on the whole keyboard. Some may find the size and form factor to their liking, but for my taste, something a bit more compact with less travel time between the keys would have been better. 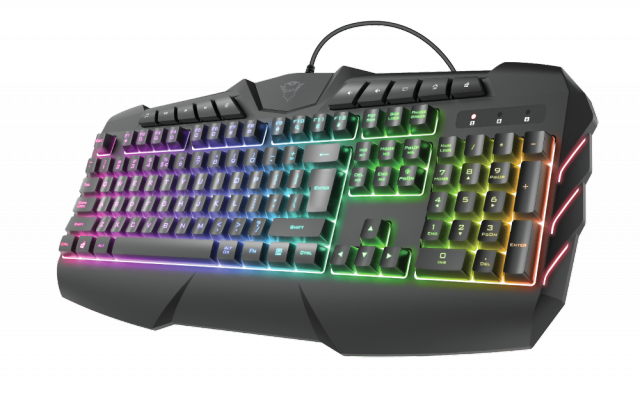 The aforementioned media keys do, however, function as you would expect providing quick access to a number of shortcuts such as volume, media playback, file explorer, and a shortcut for ‘gaming mode’ which disables the Windows key. It is worth noting that the media keys are not mechanical though, should that be something you were hoping for. Personally, I did not mind this as much as the overall size of them.

Now a gaming keyboard would not be complete with some form of backlighting and the GXT 881 Odyss comes with quite the range of options. You will be able to select from eight different colours along with six different backlighting modes each with varying speeds. Want a solid colour on a low brightness? No problem. How about the full rainbow dashing across your keyboard at high speeds? It’s got you covered. With a few taps of the function keys you can quickly adjust the colour, speed, pattern, and brightness of the backlight to meet your needs. While it’s common to find these features on most gaming keyboards, it never hurts to call them out.

So how is typing on the GXT 811 Odyss keyboard? Well, at first the typing experience was quite nice and though I expected some adjustment time to the new keyboard I was pleasantly surprised by how comfortable it felt. The semi-mechanical keys feel nice under your fingertips and do not require much force to press making the keyboard suitable for gaming and more general use. Unfortunately, it was short lived as problems very quickly started to arise with the keyboard. Out of the box, I found that both the ‘backspace’ and left ‘shift’ key were sometimes unresponsive and required multiple presses or even excessive force to register an input. Initially, I was inclined to believe it was an isolated issue given it was only two keys and considered nothing more than a simple annoyance. That was not the case. 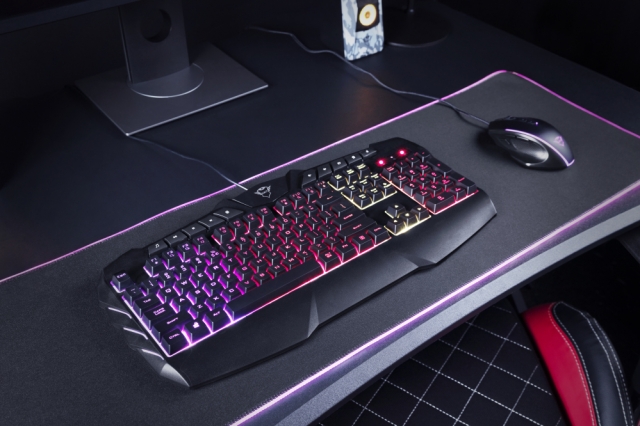 After two weeks of using the keyboard as my daily driver I found that the typing experience was quickly becoming more troublesome. Keys started to become unresponsive, some started to squeak, and others became stuck when pressed. This keyboard was by no means being put under ‘extreme stress’ and was made getting about five hours of use a day for both general typing and gaming. Even then, by the two-week mark typing on the keyboard had actually started to become painful and I found myself feeling disappointed by the turn of events.

If I’m being honest the GXT 881 Odyss keyboard from Trust is a hard one to judge. On the one hand the build quality is quite good but the form factor could be more refined. That big problem is of course how quickly the keyboard went from being a pleasant typing experience to, frankly, a painful one. I’d like to think that this is an isolated occasion as given the price point the keyboard is a reasonable option for those looking for a new gaming keyboard on a budget. That said, I can’t recommend it following my experience and can only advise you err on the side of caution when looking into this keyboard.

While the price point makes the GXT 881 Odyss semi-mechanical keyboard from Trust a valid option, an unrefined form factor and quick key failures make it a hard one to recommend.