Who is ready for a game of Dead by Daylight on their mobile? Not me… I mean I am a fan of the game, after all I own it on Steam, Nintendo Switch and the Xbox One so I thought I would give it a go on mobile. Could it be bad? Could it be good? Let’s see.

I pre-registered for Dead by Daylight Mobile a while back and thought I shall join in the waiting game for DbD to be released on mobile. As of 15th April people were able to download it. Although it’s only 58MB on Google Play, when you open the game it needs to download a massive update, making its full size 3.98GB.

As it starts we get to login, the login requires a sign in by either Apple, Facebook, Google or as a Guest. It lets you choose your player name, then comes up with the End User Licence agreement. After a long read you can then tap accept, it will then bring up Privacy Policy, after accepting that we are finally ready to go.

There is a cutscene before it loads into a survivor tutorial, though you don’t get to choose who you’re playing it as. Once you have managed to get through the tutorial, which took me a while to get it, we get yet another cutscene - warning if you have headphones plugged in or your volume up high… Either way you will get deafened.

There is yet another cutscene before you get to try out the killer tutorial. After completing both tutorials you then get to a screen where you can choose whether to be a survivor or a killer. It’s different from the version in the console/PC game, as you have to swipe, rather than select.

The main screen also has the friends list, options (where you can change the frame rate limit, gamma and graphics settings), and your Inbox for messages from Behaviour Interactive. You can also change your loadout and outfits.

Down the bottom left of this screen there is also an option to purchase Auric Cells. Tapping on it will bring up a premium store where you can purchase the Feng Starter Pack, Dev’s Pick Bundle, Launch Celebration Offer, The Doctor Starter Pack and Nea Starter Pack. To buy these you can use either Auric Cells or Iridescent Shards. Each pack is only available for six days, so they appear to cycle in and out. However you can buy Auric Cells as a microtransaction, just like in the paid console/PC game, and Iridescent Shards are earned in-game.

As I tapped on a random pack, let's say Nea, it comes with Nea herself and an outfit with hair, hoodie and pants. Other packs, obviously, have other things, but as you only start with 150 Auric Cells you can't get them unless you buy some cells first.

I started off with being a survivor, though the only survivor you start with is Meg Thomas. You can use bloodpoints in what's called the bloodmarket, this is completely different to when you play this on a console or PC. If you have bought all the items, then you either have to wait 24 hours till the bloodmarket refreshes or you can use 10,000 of your bloodpoints to force the list to refresh.

The lobby screen is different as you only see avatars of everyone, instead of 3D models. In the first match under Survivor I didn’t do so bad, until I got caught at the end and much like on the console/PC version they camped me until I was dead so everyone else escaped. After the match it came up with a login reward - if you log in each day you get rewards for it.

Playing as a killer, I found it difficult to spot the survivors unless they were doing a generator. I did find it easier to catch them and get them on the hook, though. It may be that lots of people are being killers, but I had to wait a lot longer for a lobby than when I was a survivor.

Playing for an hour on a Samsung Galaxy S10 used up about 20% of my battery and it felt warm to the touch as you might expect. I also tried out a match on mobile data, and it used 5-8MB of data. Depending on how long you’re waiting for a match, you will use more or less.

Dead by Daylight Mobile is fun, and the controls are pretty easy to get used to. The graphics are better than on the Switch - a version I didn’t enjoy - and the sound quality will obviously vary depending on your phone speakers or headset. I have to say, I wasn’t expecting much, but Behaviour Interactive didn't do so badly with the mobile version. I may give it another go some other time but right now I will stick to being good at what I do best on the console/PC.

Best to play on WiFi as it uses about 5-8MB of your data depending how long a match lasts, but as Dead by Daylight is such a huge game, I will stick to playing on consoles/PC.

Dead By Daylight Mobile to Receive the Cursed Legacy Chapter 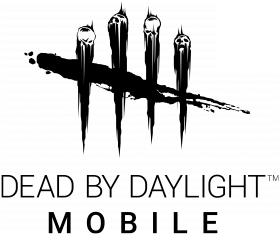