Disney Mirrorverse is a brand-new mobile title in which players will take control of numerous Disney and Pixar characters in order to save the Mirrorverse.

If you're looking to play Disney Mirrorverse to satiate a Marvel craze for an Avengers-like reunion between numerous franchises, you've come to the wrong place — the story in this game is pretty much non-existent. Aside from some comments made by the characters between the levels you'll be playing (which are often very short and not interactive at all), the narrative is pretty much rubbish. The story's villains (starting with Maleficent) have acquired the power to create "The Fractured", which are evil versions of every character from the aforementioned franchises that do their bidding. This leads a group of Guardians (started by none other than Mickey Mouse) to fight back against the Fractured forces. Some odd interactions between characters you'd never expect to converse — Like Jack Sparrow and Rapunzel, or Jack Sparrow and Sulley, or Jack Sparrow and anyone... — offer a bit of reprieve between gameplay elements, but it is far too short-lived and unengaging to really be worth mentioning. Despite Disney Mirrorverse being a gacha title, I do wish more had been done with the numerous personalities they have access to, much like GrandChase's mobile title. 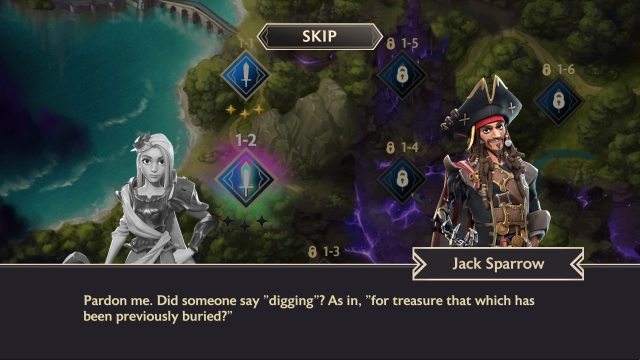 Disney Mirrorverse has a lot of care put into its gameplay, which is noticeable. Glaringly more so, however, is how other areas missed their opportunity to receive some budget, most notably, the animation and audio departments. I'll brush over these quickly because they aren't fundamental aspects of the game, but they were irksome enough to frustrate me. The game repeats the same animations countless times with no option to skip them. It's difficult to explain how these areas felt lacking without blustering, but the short and sweet of it is that three animations constantly repeat throughout each of the short levels. These are glaringly obvious, and more so with the lack of voice acting; each character is eerily quiet, making Disney Mirrorverse (and its characters) feel like puppets and hollow creatures rather than characters from franchises we love. Even titles like Harry Potter: Puzzles & Spells used old voice lines to avoid making the game feel empty, and now I see why. Any form of voice acting or voice lines (even ones borrowed from the movies) are missing, and the silence from all of these iconic characters is almost blaring; this is by far the worst aspect of Disney Mirrorverse.

The gameplay is fun despite its simplicity; in it, you'll create a team comprised of three Guardians from all of our favourite franchises. Every Guardian has a class — Ranged, Melee, Tank, and Support — that dictates their combat role, and their rating ranges from one to five stars. Despite being able to make every character a five-star Guardian, Disney Mirrorverse still failed to make the title feel balanced among all of the characters, with numerous community members already favouring a handful of characters over others. Although you'll get Merida from Brave, she'll pale compared to Gaston from Beauty and the Beast. A minor gripe from my end (as I'm used to a power disparity between characters in gacha titles), it is disappointing to see that, in order to be the best, you'll need to follow a specific set of characters. 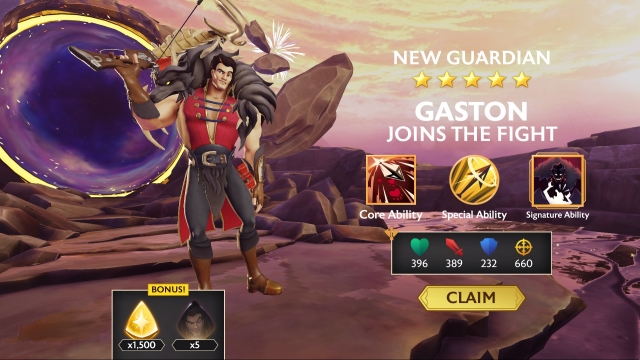 To unlock these, you'll have to pull from Crystals that you can acquire through playing the game or — customary to gacha games — purchasing Orbs (the currency to buy Crystals). That, or utilise one of the many offers that pop up on your screen throughout your play session; these failed to be annoying purely based on the fact that they weren't as frequent as they could have been but might be vexing for less patient gamers. This system means that, ultimately, Disney Mirrorverse is pay-to-win... except, not entirely.

I'd argue that this game isn't necessarily pay-to-win because there is no PvP arena available at the time of writing the review. Although there are leaderboards that you can compete against, Disney Mirrorverse feels more like it is pay-to-progress, as everything you are purchasing you can — and will — acquire with patience thanks to the system of upgrading the characters you receive a lot of duplicates for. In fact, in a burst of dumb luck, my first purchased pull (which was a Famed Crystal hoping to get Stitch) gave me a five-star Gaston, trumping my three-star Merida and boosting me in power exponentially. Typical to gacha titles, how strong you are in the game will solely depend on one of three factors: your patience, your dumb luck, or your wallet. We've spoken a bit about the dumb luck and the wallet; let's touch on the patience. 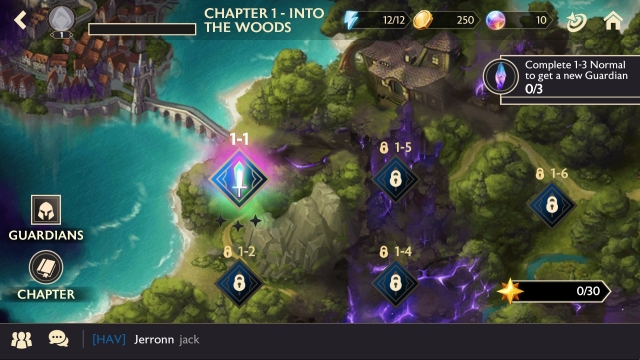 In Disney Mirrorverse, you have an energy system that can hold up to 38 energy; each round will cost you upwards of three energy to play. This energy limit means that, once your energy is filled, you'll be able to do 12 things at most. To replenish each point, you'll need 5 minutes, which means you'll be able to play a couple of times every three hours or so. Although that doesn't sound nearly as gruelling, it is worth noting what you'll be doing throughout your journey.

You have numerous game modes to participate in that advance your characters in one way or another. First, STORY lasts seven chapters, each with 10 or more levels to complete, with each level costing four energy. You'll start struggling to finish these due to your power level around CHAPTER 3, which means that you'll jump onto either SUPPLY RUNS, EVENTS, or DUNGEONS. 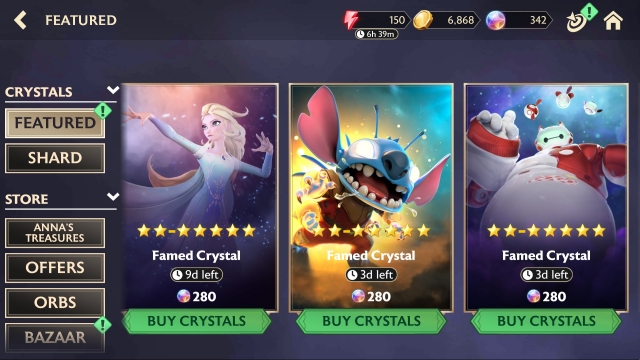 After messing around for a while, I discovered that your best course of action would be using your energy to do SUPPLY RUNS — which offer upgrade materials for your Guardians — to increase your power level and advance the STORY to (eventually) unlock the TOWER. You'll repeat these short battles up to 20 times to get XP MOTES to level up your Guardians. Although it doesn't sound too bad, the repetitive nature of the SUPPLY RUNS will slowly crack your patience into using the "AUTO" mode, which allows you to finish that level as many times as you want flawlessly. This system was the final nail to the coffin of my love for Disney Mirrorverse, as its limited energy (and thus playtime) feels almost punishingly short and makes the game seem like a grind fest with little to no reward.

Gameplay-wise, within each of the levels, Disney Mirrorverse is an absolute joy to play, as you'll swap between three characters and use their abilities to fight foes and gather more Guardians to make your party feel full. The TOWER game mode offers a strategic limitation through the introduction of encounter restrictions, which force you to have Guardians from all types to a high level in order to meet these requirements. The systems in place are (and feel) great, but the limited energy makes it feel impossible to love the game for too long, as its auto-battle mechanic is dull and unengaging. 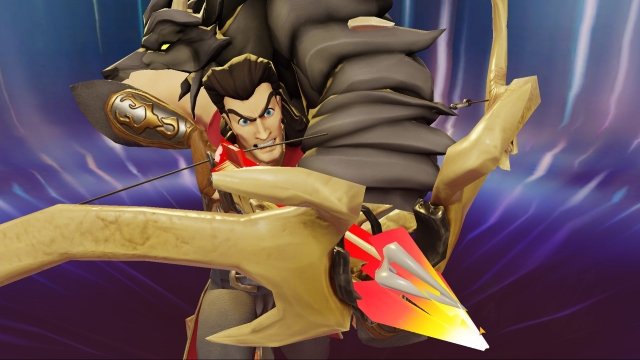 If you don't mind auto-battle systems, don't mind limiting energy, and don't mind numbingly-repetitive grinding, Disney Mirrorverse is a great title, with a wide range of characters and franchises that are sure to tickle your nostalgia. Otherwise, all of those flaws are just a bit too great for me to continue loving it. I look forward to a potential future update that enables players to enjoy the game for just a tad longer, but for the time being, Disney Mirrorverse really isn't for me.

Great gameplay and mechanics are brought down by far too many typical (and annoying) mobile tropes, including restricting energy systems, auto-battle, and grindy gameplay.