Anthem's Relaunch Has Been Cancelled

The song has come to an end for Bioware's Anthem. The planned reboot/overhaul of the game, referred to as Anthem NEXT, has been cancelled. Christian Dailey, who led the project until December 2020, made the announcement on the Bioware blog, where he also confirmed there will be no further development on the title. However, he also highlighted that the Anthem online service will stay live for the time being,

EA reportedly held a meeting earlier this month to decide the fate of the now two-year-old game. Given this news, it's clear what the company decided. Reports stated that a threefold increase in staff numbers was required for Anthem NEXT's development, and with the loss of project lead Christian Dailey in December 2020 (who's now working on Dragon Age 4), that seemed to have presented too big of a risk for EA.

In the blog, Dailey kept an eye to the future, saying: "Game development is hard. Decisions like these are not easy. Moving forward, we need to laser focus our efforts as a studio and strengthen the next Dragon Age, and Mass Effect titles".

Anthem released on February 2019, and the news of its death reached us just two years later in February 2021. It is not currently known what will happen to the 30 staff who, up until today, were believed to be working on Anthem NEXT.

Looks like I WON'T be "getting into Anthem" anytime soon 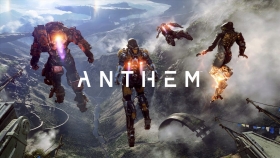