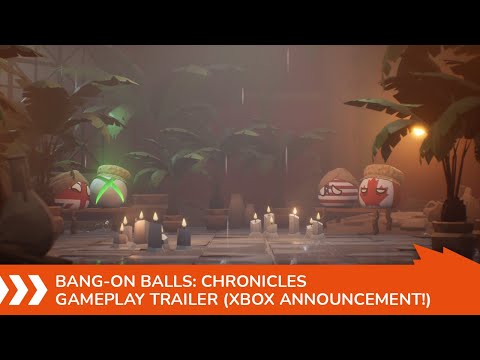 Exit Plan Studio announced that their historically inaccurate 3D-platformer Bang-On Balls: Chronicles was coming to Xbox later this year. The game, which has been released already in Steam's Early Access program, will come to both the Xbox One and Series X|S.

In addition to bringing the game to consoles, the studio also outlined their future roadmap for the game. That includes two arcade-like challenges coming to the game before the end of this month, titled "Ultimate Bang-On Mega Bricks" and "Super Car Banger Turbo".

That's not all either. With the games missions centered around comical takes on historical moments in human history, Exit Plan Studios have confirmed they're hard at work bringing the space race to the game. Releasing in October this year, players will be able to bounce their way into an iconic moment in human history, as the USA and Soviet Russia fight for galactic supremacy.

Bang-On Balls: Chronicles Squeezes a Little More Out of the Viking Age Map