Battlefield 2042 was announced last month, and gave us a deeper look at All-Out Warfare, one of the three core game modes. DICE has now answers to the biggest Battlefield 2042 questions as it prepares to unleash all-out-warfare later this year for PC, Xbox Series X, PS5 and the previous generation consoles. 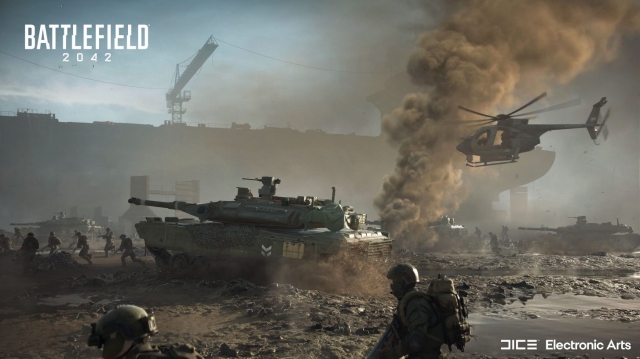 In Battlefield 2042 you will step into the boots of Specialists, an all-new type of playable soldier for the franchise. Inspired by the traditional Battlefield Classes, Specialists will be equipped with their own unique Specialist Trait and Specialty, and will have fully customizable Loadouts. At launch there will be a total of 10 Specialists. Battlefield 2042 is removing the Assault, Engineer, Medic, and Recon classes in exchange for the Specialists - Casper, Webster, Maria, and Boris (plus six more as-yet-unannounced Specialists). These Specialists have a unique trait – so the wing-suited soldier you see in the Battlefield 2042 trailer is specific to a certain Specialist and can't be used by any others. 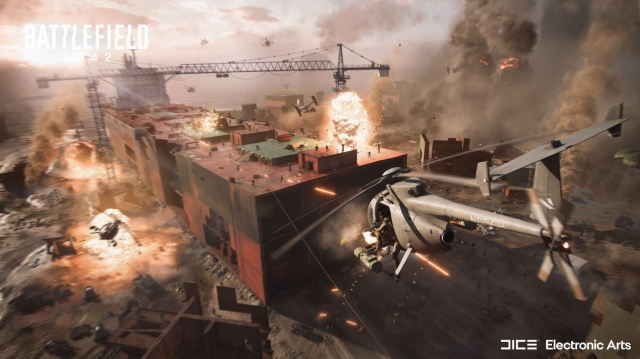 Battlefield 2042 will be featuring seven new maps at launch for the All-Out Warfare experience (be sure to check out the dedicated Maps section if you need a refresher on each individual map). In terms of gameplay opportunities and land mass, this is the biggest and boldest Battlefield ever built. Vehicles are more easily available and more squad focused than ever before. Dice have looked at how they can balance out the scales between vehicle and infantry-play and create an anchor point for conflict. The importance of balancing your Loadout (having a Medical Crate or Ammo Crate vs explosive ordinance for your Equipment slot).

As infantry this boils down to how you engage with a vehicle, how you help others to do so more effectively, or how you stop the enemy from destroying too many of your team's tanks. When in a vehicle, the situation is about providing recon for your gunner, triggering defenses or even knowing when to hit the gas and boost off to freedom. AI soldiers will offer players a chance to play against AI enemies in both co-op and solo modes. Three distinct experiences and how you can play with them:

If you’re new to Battlefield, AI soldiers are a great option to learn the mechanics of Battlefield 2042 at your own pace without the pressure and competition that comes with multiplayer.

You can't opt-out of playing with AI soldiers, but DICE assures us that "you will not experience more AI soldiers than players unless the match is still filling up or almost empty."

For even more details and an extensive look, check out this link that answers a host of questions that the Battlefield community have been asking since the Battlefield 2042 reveal last month, including: