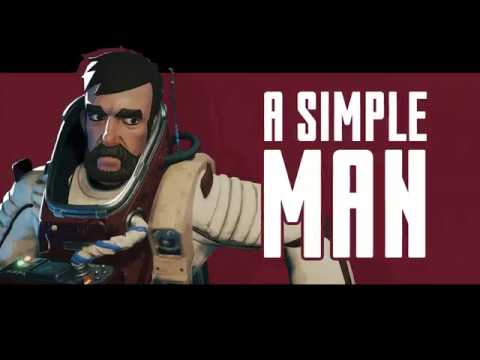 The space-based survival game Breathedge has received a 2GB update, bringing with it two new chapters of breath-holding exploration. When we wrote our, quite favourable, preview eight months ago, this content was barely hinted at, so let us tell you what to expect (or watch the trailer above).

This update brings two new chapters, with several kilometers worth of space debris, new space suits, new cutscenes and a touch more story. There are also two vehicles - the "Rocket" vacuum cleaner and a car.

It's not all good news, however, as you'll be joined in space by robots. Ones that like to shoot at you. So mind out for that. Finally, there are around 50 blocks that you can obtain blueprints for, to build your very own space station.

Breathedge is currently in Early Access on Steam, and will be leaving it whenever the developer releases the final two chapters.