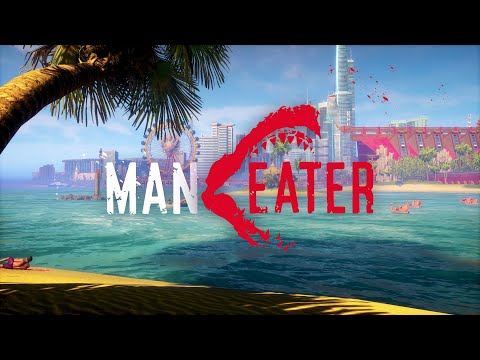 Tripwire's upcoming "shaRkPG", Maneater is swimming ever closer to a PC or console near you. Releasing on 22nd May for Xbox One, PlayStation 4, PC and later this year for Switch, the shark-based action RPG has struck with one final trailer before its big debut later this week. Check it out above. Although, like Maneater itself, the trailer boasts a 'PEGI 18' rating. Please take this into consideration before exposing yourself to footage of the game's outlandish aquatic carnage.

Starting as a tiny, 'harmless' baby shark (no singing please), players will explore a vast ocean and work to grow into the most fearsome set of swimming teeth known to man and beast alike. Of course, for this shark, work mainly consists of chewing, tearing, ripping and eviscerating its way up the ecosystem. It's violent, it's gory and I'll be shocked if the ocean isn't permanently stained red by the time Maneater's credits roll. Players have some choice as to how their shark develops too, with various resources changing the path and associated playstyle with which their killing machine grows into maturity. 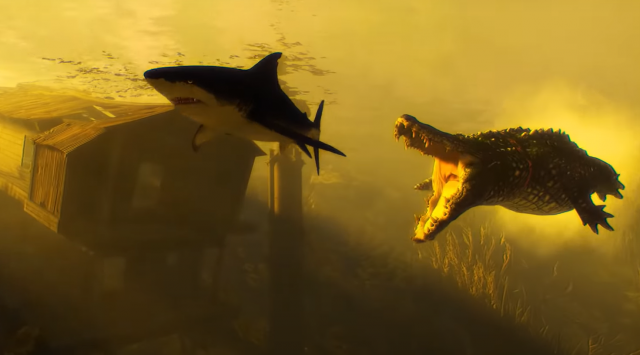 Surprisingly, there's a full story running through Maneater's chaos. The whole game's events are framed around a sadistic reality show narrated by Chris Parnell, a name you night recognise from shows like Rick and Morty and 30 Rock.

If Maneater looks to satisfy the blood-cravings inside you, think about picking it up 22nd May on PlayStation 4, Xbox One and PC (via the Epic Games Store) for £34.99. Switch players will have to wait until later this year for their chance to fulfil their wildest 'Jaws' fantasies.