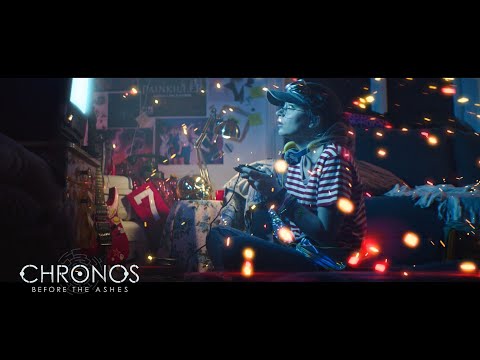 The next title from Gunfire Games, developer of 2019's Remnant: From the Ashes, is a prequel to the aforementioned game set during the early days of an evil uprising. With an increased focus on melee combat and magic in addition to a unique character progression system, Chronos: Before the Ashes looks to expand on its predecessor's gameplay and lore in a significant way. Check out the announcement trailer above.

When the game's young protagonist suffers inevitable defeat at the hands of the game's foes, they don't die. They are, however, cast out for an entire year, allowed to return and face the world's threats once they've matured. Over the course of their journey, Before the Ashes' protagonist will age and grow wiser, becoming attuned to the ways of magic while losing the nimbleness of youth. It's a unique character progression system, and one that could make Before the Ashes worth checking out even if the moment-to-moment gameplay isn't completely up your alley.

Although based on VR-exclusive title Chronos, also from Gunfire Games, Before the Ashes does not require any VR equipment to play. As such, it's set to release on every current platform (with no next-gen plans confirmed); that means Xbox One, PlayStation 4, PC, Stadia and even Switch players will be able to experience the dawn of the 'Ashes' universe when it releases on the 1st December.

Chronos: From the Ashes releases on the 1st December for Xbox One, PlayStation 4, PC, Stadia and Switch.

Grow Old Fighting in Chronos: Before the Ashes

Chronos: Before the Ashes