Code Vein Has Reached the One Million Sales Milestone

Wearing its Dark Souls inspiration on its sleeve, Code Vein is a methodical third-person action title where players can customise and build their characters to fit a variety of different playstyles.

However, unlike Dark Souls, Code Vein features a dystopian setting with players controlling an undead human known as a “Revenant” - a more contemporary anime inspired take on vampires - using the Revenant's unique and varied powers to conquer the challenges presented.

The game received mixed reviews upon its release, with many critics praising its own unique spin on the systems inspired by Dark Souls, but criticising the lacklustre environmental and enemy designs. Despite this, the game has amassed a rather healthy playerbase overall.

Code Vein is available now for Xbox One, PlayStation 4 and PC.

You Can Donate Blood for a Free Copy of Code Vein 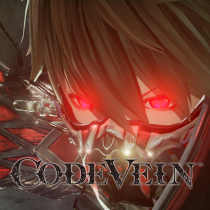