Three Fields Entertainment have released a launch trailer, marking the release of Dangerous Golf. Check out the oddly destructive sporty game in the trailer above. If you haven't seen anything from the game already, you won't be hard-pressed to imagine what it's like. 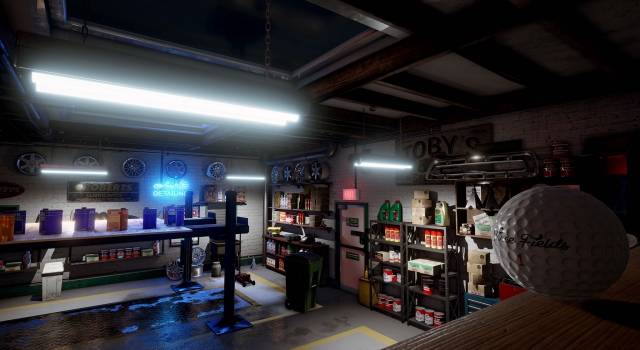 From the official website for Dangerous Golf comes this description:

Welcome to the World of Dangerous Golf, an arcade style sports game with a very explosive twist.

Play through a variety of indoor courses – make a mess in the Kitchen, wreak havoc in a Palace, cause chaos in a Castle and set fire to a Gas Station.

Rack up scores by causing as much damage and destruction as possible. Fire off a SmashBreaker. Blast the ball into the hole with an outrageous Trickshot.

Set off on a World Tour, play co-operatively in Co-Op World Tour mode, or try Party Golf with up to 8 Players.

Dangerous Golf is out now on Xbox One, PS4 and PC.