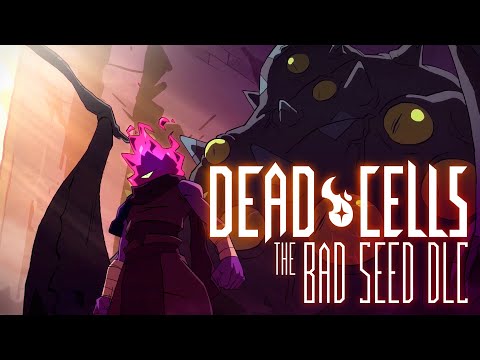 Developer Motion Twin has released a fully-animated, cinematic trailer to accompany the launch of Dead Cells' first paid DLC, The Bad Seed. The DLC brings an alternative to the game's critical path: filled with new foes, weapons a new mushroom companion and more for players to discover. Check out the surprisingly charming trailer above.

Two new biomes arrive onto the scene for owners of The Bad Seed: 'The Arboretum', a deceptively beautiful natural idyll, hiding dangers in the most unexpected of places; and 'The Swamp', a less-than beautiful overgrown settlement infested with giant purple ticks and populated by not-so friendly blowgun wielders. Both new biomes bring their own unique bestiaries; besting the challenges faced within will grant players access to all-new weaponry, including Dead Cells' first double-slotted weapon.

Alongside the release of this DLC, Motion Twin and publisher Evil Empire have announced a new physical version of the game for collectors: Dead Cells – Prisoner’s Edition. Available for both PlayStation 4 and Nintendo Switch versions, the package contains the following:

The Bad Seed DLC is out now for Xbox One, PlayStation 4, PC and Nintendo Switch; it costs £3.99/£4.49 depending on the platform.