Some people have robot wars, but Venus Island has Rival Festival～Adult Wars～! Dead or Alive Xtreme Venus Vacation has a new event, and surely by now you know what to expect.

Marie wakes Kanna up, who's been napping at the pool side. When Marie treats her like a child, Kanna shows off her new swimsuit from the Boss. Then the girls get into an argument about which of them is more mature, and decide to have a contest to determine whos is the more mature one...

The outfit available in the Trendy Gacha this time is Breezy Dance, wearable by Kanna, Marie, Hitomi and Leifang. Logging in during the event will get you Trend Balls, which are also one of the rewards for completing volleyball matches. You can redeem these for items in the event store, of course. However, there are also Trend Ball (Event Day Only)s which can only be redeemed the day that you get them! They reset at 7pm UTC every day, but can be used alongside the regular Trend Balls to redeem items in the store.

The main use of Trend Balls, however, is to take on strong opponents in volleyball matches. They increase your POW, TEC & STM for any girls participating, and starts the match with a max Tension Gauge. 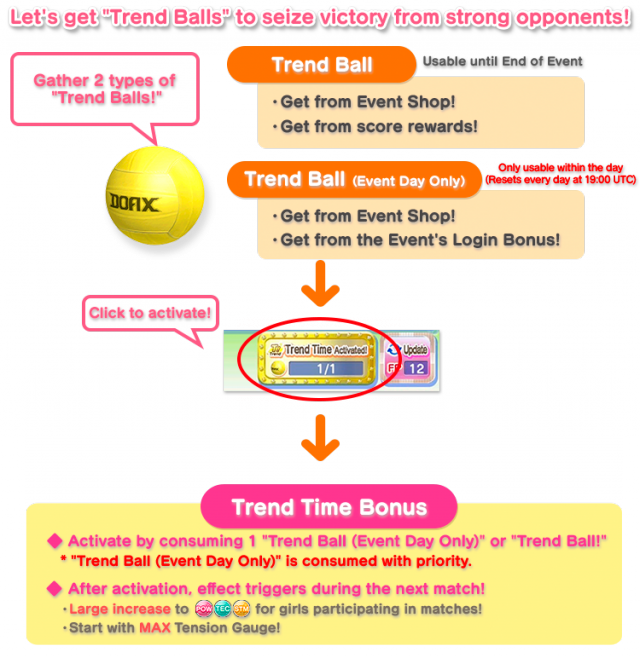 The Rival Festival～Adult Wars～ event runs until the 11th of May 2021.

If you want to participate in this festival, unfortunately Dead or Alive Xtreme Venus Vacation is still only available in certain regions via Steam, and digital download in Japan.