EA to Buy Codemasters for $1.2 Billion

It has been confirmed by EA that the company has come to an agreement to purchase English developer Codemasters, entitling shareholders to a sum of £6.04 (approximately $7.98 USD) per share, valuing the Southam-based company at around £945 million GBP ($1.2 billion USD). The acquisition, which will combine both companies' popular racing franchises (Need for Speed, Burnout, DiRT and F1) is expected to reach completion in the first quarter of 2021. 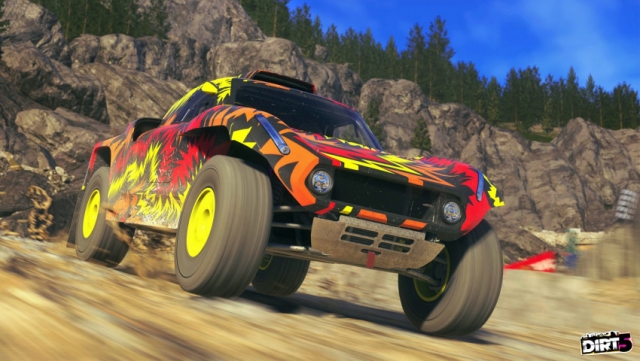 The news follows reports late Sunday night of EA disrupting the planned acquisition of Codemasters by Take-Two Interactive for £725 million GBP, a move which would have seen the holdings company add Codemasters to is portfolio of developers alongside Rockstar Games and 2K (including all of those companies' respective subsidiaries). Now, though, Codemasters is set to join EA's portfolio of companies alongside Respawn Entertainment, DICE and, most relevant of all, Criterion Games (developer of the Burnout franchise).

Andrew Wilson, CEO of EA, has said regarding the transaction: "We believe there is a deeply compelling opportunity in bringing together Codemasters and Electronic Arts to create amazing and innovative new racing games for fans". This quote confirms that EA's motivations for the acquisition are centred around Codemasters' line-up of successful racing titles.

Detailing its intentions further, the accompanying press release from EA mentions making the company's array of technologies available to Codemasters. In addition to "motion capture, quality verification, compliance, and localization", the press release makes mention of "live service operations", suggesting that EA is looking to encourage Codemasters to implement live service features in its upcoming games.

Speaking on behalf of his company, Gerhard Florin, Chairman of Codemasters expressed excitement over the potential implications for the acquisition on Codemasters' future titles, stating that the acquisition will support the company in "allowing our teams to create, launch and service bigger and better games to an extremely passionate audience".

Expect more news to arise around the acquisition, including what will happen to Codemasters' numerous studios around the world, as we approach the first quarter of 2021.