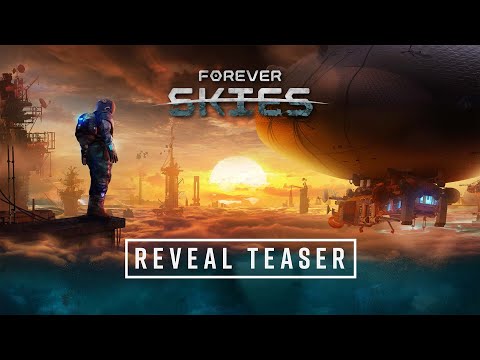 Experience a world of ecological desolation in the first ever Forever Skies gameplay reveal.

Polish studio Far From Home have revealed gameplay for their debut title, the studio is made up of former AA and AAA developers who have worked on games such as Dying Light, Dying Light 2, Dead Island, The Medium and Chernobylite. Originally, Forever Skies was codenamed “Project Oxygen”, but with the reveal we get a teaser trailer for the game that is coming to Steam in Early Access in 2022 and later to consoles.

Forever Skies is a first-person survival action sci-fi game that drops the player onto Earth, however the planet has been rendered desolate and barren after a huge ecological disaster.

You will play as one of the last remaining humans, a scientist whose mission is to get to the bottom of a toxic layer of dust that is clinging to the surface of the planet. At this point the surviving humans have taken to the sky to make their last stand, surviving the disaster by taking to Space to preserve the last remnants of humanity. Your transport will be a high tech airship that you build, expand and control, it will act as a shelter, a lab, and a workshop for all of your crafting needs. Crafting is an essential part of the game and will require you to scavenge to find food and resources, to do this you’ll need to explore the ruins that rise above and lie below the thick, toxic dust layer.

Gameplay will consist of exploration in the skies and on foot, base building, crafting, combat and scientific research in virology in order to cure the remaining few who have survived so far in orbit. You will need to utilise science by scanning and analysing items and reverse engineering lost technology that perished with society on Earth. Beneath the mysterious dust an entirely new and strange ecosystem has been born, and it is ready to defend itself, so you’ll need to be ready for a fight!

Forever Skies will deliver a single player experience during the first stages of Early Access with a co-op mode in the works to become one of the key Early Access features. Console versions of the game will arrive later with all updates and content that have already been added to the PC version, including co-op mode. The CEO and gameplay lead at Far From Home, Andrzej Blumfeld, had this to say about their debut game: “We were truly overwhelmed and humbled by the initial reception of our project. I hope that the teaser trailer with the first gameplay running on the power of Unreal Engine will give a nice glimpse into our wrecked world and a clear idea of the direction we’re heading.”