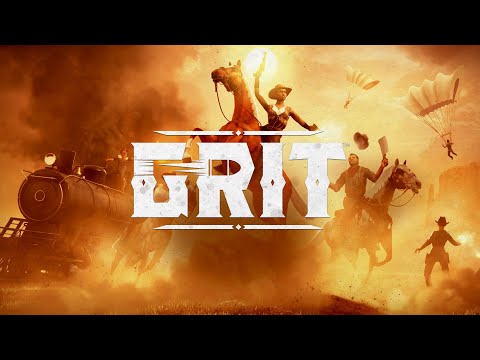 There's a new sheriff in the battle royale town, and its name is GRIT. You know the story by now: there are 100 gunslingers in a vast open world, and only one player, duo or squad can make it out alive. This time, though, the modern setting of PUBG or Warzone has been replaced with a distinct Wild West theme. There are no cars, assault rifles or parachutes: they've been replaced with horses, repeaters and... well, broken legs, we suppose. Take a look at the game's announcement trailer above.

Despite the lack of modern weaponry, GRIT looks to offer a array of firearms, clothing and customisation options. A playing card-based perk system—tied to equipment with heart, diamond, club and spade categorisations—will bestow benefits to players who build their character's loadout with a consistent 'suit'. Hats too are a key part of crafting an effective loadout, with different hats providing different benefits.

Should players find themselves getting all-too acquainted with a bullet in GRIT, they aren't necessarily out of the game for good. They'll be sent to a one-on-one duel situation with their assailant known as "Showdown Mode". Should they win, they'll be allowed back into the game, cheating death.

GRIT is set to release on PC via Steam Early Access in spring 2021. Team GRIT has not announced the date of its full release.