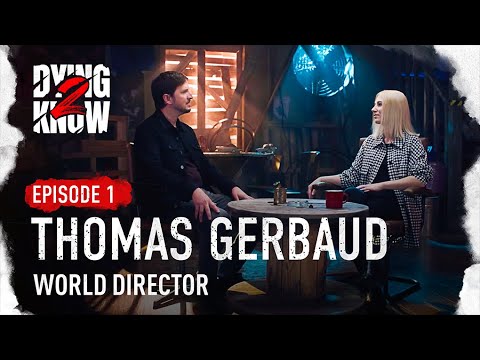 I'm sure we're all dying to devour any media about Dying Light 2: Stay Human. Well, there's a new video to check out for everyone excited.

The World Director of Dying Light 2: Stay Human, Thomas Gerbaud, has recently been interviewed on a video now live in the Dying Light YouTube Channel, in which he goes more in-depth about how the world inside of The City will look several years after the apocalypse.

Thomas also goes in-depth explaining how the Peacekeepers work as a form of hierarchy, being the strict law-enforcers in The City, including a base of operations that takes place within a ship, and mentions of how the environment will be used as a storytelling tool for all who are interested in getting very in-depth in the lore of Dying Light 2 Stay Human.

Those excited for the game should check out the video, it's a no-brainer! I can assure you that it'll rise your excitement from the grave.

Dying Light 2: Stay Human is expected to launch on the 4th of February, releasing for PC, PlayStation 4, PlayStation 5, Xbox One, Xbox Series X|S and the Nintendo Switch (Cloud Version), with pre-orders already available with exclusive content.