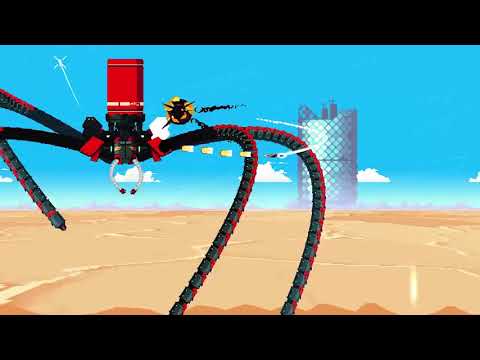 Jet Lancer Releases in May for PC and Switch

Armor Game Studios have this week confirmed that Jet Lancer, a "high-velocity aerial combat shooter", will release on Nintendo Switch and PC in May, along with a new trailer to show some gameplay.

In Jet Lancer, you play as Ash Leguinn in her jet, the Lance. There are over 20 upgrades and customisations available for this jet, giving plenty of options to make the Lance your own. Ash is described as a flight-school drop out, but a bit of a badass. She's highly paid so obviously pretty good at a bit of backchat, but getting the job done.

The story sees you fighting against Sky Pirates, 90 ton mechanical monstrosities, and other mechanised weapons that are beginning to converge on Root City. All of this at supersonic speed, but you know, these are just the things you need to do to get paid, right?

Make sure you watch the trailer above to see the game in action. Jet Lancer releases on 12th May on Nintendo Switch and PC.