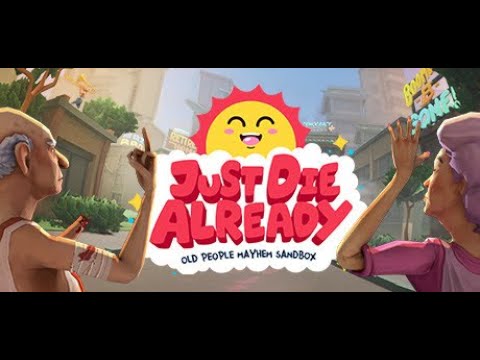 It's not often that a game with such a goofy presence seems poised to cause stir up any sort of controversy, but it's hard to imagine DoubleMoose's Just Die Already will release this summer without at least raising a few concerned eyebrows. The over-the-top physics-based sandbox combines Goat Simulator with members of the elderly and the outlandish antics of MTV's Jackass. Check out the trailer for Just Die Already above, and see for yourself the absurdity DoubleMoose has brought the world.

Set in a (thankfully) fictional world in which the elderly must compete in a series of ludicrous challenges to earn a place in the fabled "Nicest Retirement Home", players and up to three friends will control their own pensioner and hurl themselves headfirst into a myriad of sandbox contraptions. Goofy cartoon violence will ensue as players are ripped, torn, stretched and catapulted around the world, losing limbs and entire halves of bodies in the process. 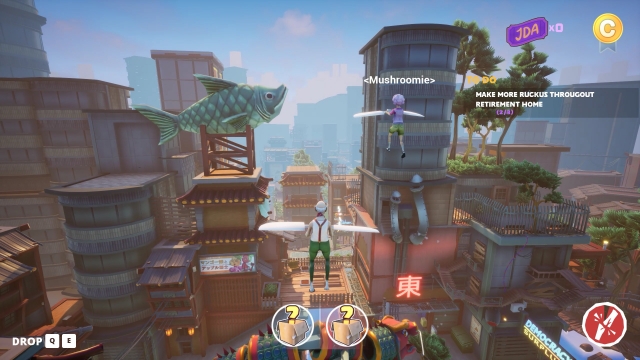 Led by one of the designers of Goat Simulator, Armin Ibrisagic, Just Die Already's influences are plain to see. When discussing the game, Armin acknowledges how such an outlandish game might rub up against the current global attitude: "it does feel a little weird introducing such a ridiculous, over-the-top sandbox game when the world is so grim at the moment. That said, maybe supergluing a rocket pack to the back of an octogenarian and sending him flying into a construction site just to see what happens is the type of escape we all need right now?"

Just Die Already releases this summer on PC, with a playable demo set to release even sooner on Steam.

Don't get me wrong, this looks mad and fun, but I don't understand what you're going to have to do. Are you trying to kill the others? Or just avoid death the longest? Is it multiplayer-only?