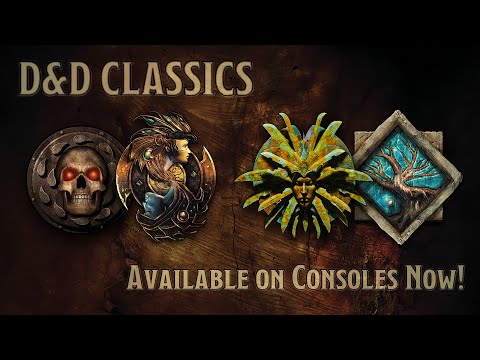 BioWare's 2002 RPG classic, Neverwinter Nights, is the next gaming masterpiece, after Baldur's Gate, to receive a re-release from Beamdog on modern consoles. This new release, named Neverwinter Nights: Enhanced Edition, builds upon the original with the following improvements and additions:

For the most part however, Neverwinter Nights has been preserved; modern players will experience 100s of hours of D&D-based questing in much the same way as they would have 17 years ago —whether that be solo or online/local co-op.

Create a character, build a party and set out on countless loot-plundering, mystery-solving, monster-fighting and evil-thwarting adventures across multiple separate D&D campaigns. Neverwinter Nights may not be infinite, but most players will never finish the wealth of high-quality content offered in the Enhanced Edition's package. With the main game, players will 'only' receive the original campaign as well as the Shadows of Undrentide and Hordes of the Underdark expansions. Many additional modules such as Pirates of the Sword Coast are available as free downloads on each console's digital store however.

Neverwinter Nights is out today on Nintendo Switch, PlayStation 4 and Xbox One via physical retailers and digital stores at an RRP of £39.00.