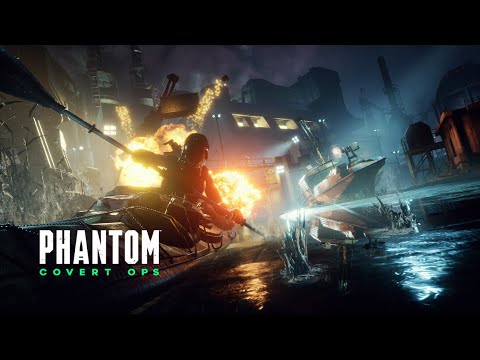 Glide around hostile waters on your kayak of death in Phantom: Covert Ops, developed by nDreams and exclusive to Oculus Rift devices. In the latest trailer (shown above), we're shown never-before seen equipment, graphics and gameplay, check it out.

Phantom: Covert Ops has implemented a novel solution to overcoming the issue of movement in a VR-only game. Players will control a stealth operative, infiltrating enemy territory, eliminating hostiles and completing objectives, all within the confines of a kayak. All the traversal, scouting and shooting will be done without even catching sight of the protagonist's legs.

This recent trailer shows off the graphical improvements made to the game, including: dynamic water, realtime reflections, volumetric fog and improved material textures. In addition to this, nDreams has shown off never-before seen equipment available to players including night-vision scopes, viewfinders and —essential to any stealth game— the silenced pistol. Despite the game's focus on stealth, it knows that sometimes keeping covert just isn't an option. For these situations, the stealth kayak comes equipped with an assault rifle to tear your foes apart and cause spectacular explosions.

Phantom: Covert Ops will release 2020 for Oculus Rift and Oculus Quest, one purchase will grant access to both versions of the game.