New Masterminds and Maps Have Been Revealed for Resident Evil Resistance

Additional details about the four-versus-one asymmetrical multiplayer mode Resident Evil Resistance (included in the upcoming Resident Evil 3 remake) have been revealed by Capcom. These details include the final two playable Masterminds, alongside two brand new maps.

The two additional Masterminds are Alex Wesker and Ozwell E. Spencer. Originally appearing in Resident Evil Revelations 2, Alex is the sister of recurring franchise villain Albert Wesker. She can summon the carnivorous plant bioweapon named Yatevo to block obstruct the survivors, using it to funnel them away from the escape route.

Ozwell E. Spencer has seen a larger role in the series as a whole, acting as one of the founders and CEO of the infamous and nefarious Umbrella corporation. Unlike the other Resistance masterminds - which include Daniel Fabron and Annette Birkin, alongside Alex Wesker - Ozwell generates a Disintegration Field as opposed to a B.O.W to try and dispose of the survivors.

Lastly are the two new maps - Casino and Abandoned Park. Both were deserted during the viral outbreak of Racoon City, and will surely provide some additional variety to the mode as a whole.

In the Resistance game mode, one player will be manipulating the environments as one of the four Masterminds through placing traps and utilising bioweapons. Meanwhile, four other players will have to try and overcome the odds and escape the maps through a mixture of skill and team-work.

Resident Evil 3 remake is set to release 3rd April for Xbox One, PlayStation 4 and PC. 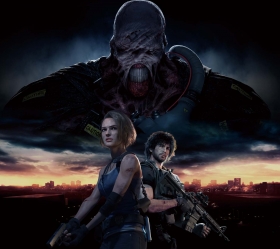