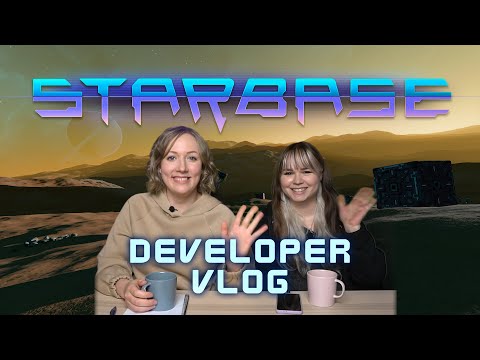 The new Starbase dev vlog was released on the 18th of November in the Frozenbyte Games. In the video, Marketing Video Producer Pip, and Community Manager Ellu discuss news, upcoming features, and some community highlights.

Ellu mentions that the developers have been hard at work fixing all of the bugs present in the game. Additionally, moon mining has been added to the public test, which will have several ore veins beneath the surface, some of which weren't previously available.

Capital Ships have also been added to the PTU. You can find the parts in the crafting menu, along with a wiki page depicting how to build them. Ellu reminds players that it isn't polished, and to please not expect a flawless experience.

Station Destruction Events have also been added to the PTU, which is a PvP event where players will be able to choose between defending the station or attacking it.

The rest of the new things added are:

Ellu mentions that the team want to apologise for being incapable of releasing some of the roadmap features that were promised in time, and that to amend for it, they will no longer be utilising dates on the road maps, so that they can give priorities to items that are more necessary.

Major Starbase Early Access Update Tells You What You Need

Mining on the Moons in Starbase