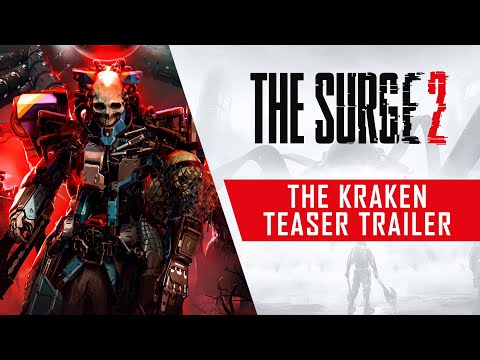 Deck13’s follow-up to its 2017 action-RPG The Surge 2 launched last year, and now it’s receiving a new expansion soon titled “The Kraken,'' along with a Premium Edition of the game which includes the Kraken as well as additional content.

In The Kraken, players will be entering the VBS Krakow, a decommissioned airship carrier on the outskirts of Jericho City. Numerous threats inhabited the VBS Krakow, including robot pirates, security systems and a brand new boss fight, each bringing with them new challenges for players to overcome. The expansion is stated to add hours of additional new content to the game, along with a new storyline, weapons, armour and implants.

The previously mentioned Premium Edition includes not only The Kraken, but the URBN Gear Pack, the Public Enemy Weapon Pack and the Jericho’s Legacy Gear Pack.

Both The Kraken and the The Surge 2 Premium Edition will available to all players on 16th January, while season pass owners will be able to play The Kraken 48 hours early on 14th January.