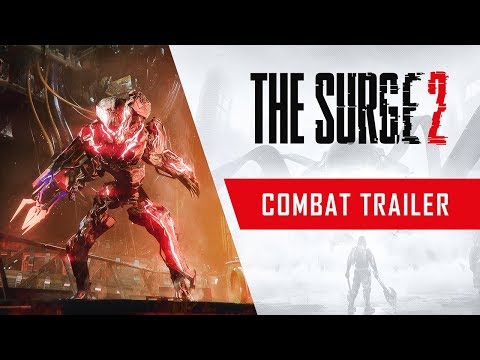 A new trailer for upcoming action-RPG The Surge 2 focuses its sights on combat, and it looks like it’s going to be a violent and challenging affair.

While the games predecessor The Surge featured a dismemberment mechanic where players could target certain body parts, this seems to be taken to the next level in The Surge 2, with more graphic dismemberment being prevalent.

A press release reads: “With 80 weapons to choose from, a directional parry system, dodge mechanics, drones, and a huge range of brutal execution moves, you can approach combat in the way that suits your playstyle.” This seems to be indicative of the first game, which also centred a lot of focus around various playstyles and customisation options.

This title will also be taking place in a dystopian future, much like in the previous game, with the trailer not only focussing on numerous sci-fi inspired enemies and bosses, but a variety of new locations.

The Surge 2 releases on 24th September for Xbox One, PlayStation 4 and PC.