When the trailer for Pokémon Legends: Arceus came out, it was widely compared to games such as Breath of the Wild due to the PR release and trailers that we received seeming to hint at a potential open-world title.

The trailer showed a world that looked vast, and with Nintendo trying to innovate their IPs, with bringing Cappy as a whole new element in Super Mario Odyssey to Breath of the Wild's open-ended gameplay, the internet speculated on an open-world Pokémon game.

"In Pokémon Legends: Arceus, Jubilife Village will serve as the base for surveying missions. After receiving an assignment or a request and preparing for their next excursion, players will set out from the village to study one of the various open areas of the Hisui region. After they finish the survey work, players will need to return once more to prepare for their next task. We look forward to sharing more information about exploring the Hisui region soon."

It seems like Pokémon Legends: Arceus will feature a hub world named Jubilife Village that will work very similar to Monster Hunter's hub worlds, where you get assignments or requests and then enter an open area that will work as the main gameplay area of the game.

This is quite different from the open world we were expecting the game to have. Although hopefully Nintendo will do a good job at implementing these areas and the hub.

Pokémon Legends: Arceus is expected to release on the 28th of January 2022. 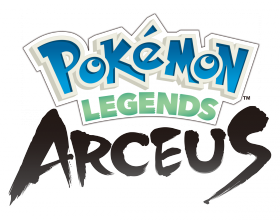