It's an inevitability: if a game has a level-editor, someone will use it to make Super Mario Bros.' 'Stage 1-1'. Whether Doom, LittleBigPlanet or even Halo 3's Forge, you can bet your life-savings that there'll be a version of the iconic level somewhere in its user-created catalogue.

Dreams, Media Molecule's latest user-generated content creation suite is no different. As well as creating countless impressions of the famous 'Stage 1-1', players have expressed their love for Nintendo's characters and iconography by interpreting the various likenesses of the Mario franchise, as well as just about anything else the industry titan has saw fit to release in the last four decades or so.

Now, it seems Nintendo is beginning to clamp down on Dreams content that infringes, or even veers too close to copyright infringement. Dreams creator 'PieceOfCraft' reported seeing his version of Mario removed from the game due to containing "copyrighted material". 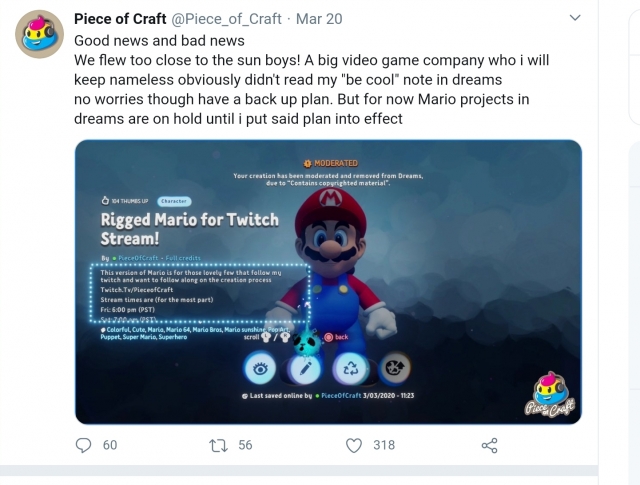 Historically, Nintendo hasn't been the most abiding when it comes to unofficial takes on its properties. Understandable, considering how it's a family-friendly company that stands to lose a relatively pristine reputation by giving the public free-reign to use its characters and iconography. Still, it's a shame that innocent creations like this—clearly done out of passion—are sacrificed in that effort to stamp out the more nefarious attempts.

Media Molecule's Dreams Makes a Return at The Game Awards

Nintendo have a habit of ruining everyone's dreams. 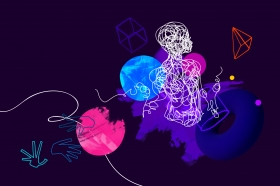