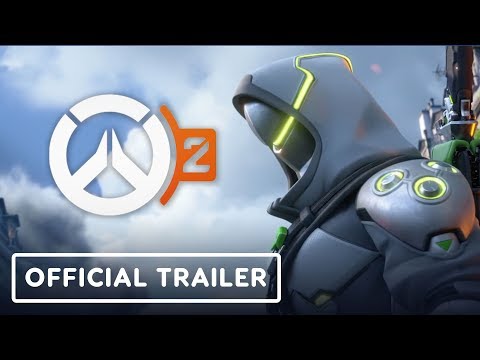 It's been rumoured for long enough, and —let's be honest— anyone with half a brain could have predicted this announcement sooner or later. Overwatch 2 is official, and it's making some interesting decisions for a sequel.

Before we get to the unusual aspects of this announcement, let's run through what's brand-spanking new with the newly unveiled shooter. Players will team up in PvE story missions, chronicling the formation of a new Overwatch assembled from old and new heroes (trailer above). Naturally, with a reformed Overwatch organisation comes a new global threat to face, Null Sector and their relentless Omnic forces. Groups of four players heroes will team up to complete these PvE missions and experience an epic, globe-trotting story. The stakes are high, the action is adrenaline-fueled and the exciting story will play a crucial role in differentiating Overwatch 2 from the original title.

Blizzard President, J Allen Brack seems thrilled about the upcoming narrative features of Overwatch 2, he says: "We’re excited to give players a whole-new kind of co-op experience built around progressing and customising their favourite heroes—all while providing even more of everything they love about Overwatch".

The PvE options don't end in the story mode, Hero Missions offer a replayable, cooperative PvE experience in which players can on take enemies in all shapes, sizes and affiliations. Through playing these cooperative modes, players will level up and customise their heroes with abillities. As well as the graphical enhancements that come with a sequel, Overwatch 2's engine has been overhauled to allow for larger, PvE focused maps; new enemies and factions; as well as new heroes to meet and get to grips with on the battlefield.

Of course, Overwatch couldn't have seen an announcement without any mention of the franchise's 6v6 competitive core. Rest assured. There'll be lots to see and learn for even the most experienced Overwatch player: new heroes, maps and a new "push" map type promises to add even more variety to the upcoming release on top of the PvE game modes.

Existing players needn't worry about losing their progress by transitioning to Overwatch 2; the entirety of the original game has been carried over to the sequel. That's every map, character, mode and —crucially— every player's progress, loot and accomplishments. Blizzard are determined to seamlessly merge the original Overwatch with this sequel, even going so far as to make the whole PvP experience playable in the first game. That's right, Overwatch and Overwatch 2 players will be able to play side-by-side on maps new and old; Blizzard are rewriting the rulebook when it comes to making sequels to multiplayer games.

Not much is known about the release date or platforms Overwatch 2 will be available on, more details are promised by Blizzard as development on the game continues.