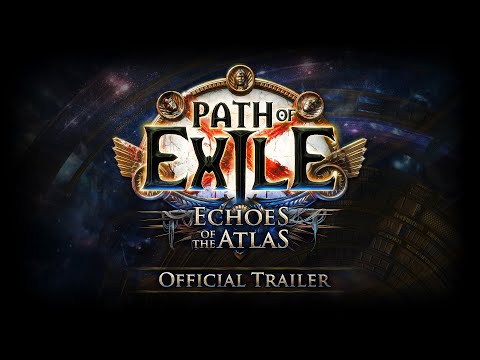 Path of Exile: Echoes of the Atlas Expansion Packs in an Array of New Content

Echoes of the Atlas, the upcoming expansion for Grinding Gear Games' action-RPG Path of Exile is set to release for PC on the 15th January (20th January on Xbox and PlayStation platforms). The expansion looks to add an array of end-game content, maps, skills and more to the already content-rich title. Check out its official trailer above.

In the expansion, experienced heroes will face all-new boss "The Maven". Of course, before this mysterious force will reveal itself to players, they'll first have to prove themselves by taking on multiple bosses simultaneously. How many do we mean by "simultaneously"? Three bosses? Well, yes... at first. Eventually, though, players will find themselves facing up against 10 bosses, and they'll have to best them all if they want to take on The Maven and earn the subsequent rewards.

On top of that, players will enjoy new skill trees; 11 new maps; craftable Watchstones, which boost rewards found from maps, can stack and do not expire; new items; a new challenge league, bringing more rewards and enemies in equal measure; as well as the return of Harvest and Heist game modes, which are being rolled into the main game.

Path of Exile: Echoes of the Atlas will launch on PC on the 15th January. Xbox One and PlayStation 4 players will have to wait a few more days until the 20th January for their chance to check out the expansion.