Persona 5 and More Have Been Added to PlayStation Now

Persona 5 is Atlus’ award winning 2017 JRPG, where players control a band of highschool students as they enter a new dimension called the Metaverse, don their Phantom Thief disguises and use the powers of magical creatures called Persona’s to take down the slew of tyrannical adults who are corrupting Japan. Through the title, players have to balance day time school activities such as studying and hanging out with friends, along with night time heists as the Phantom Thieves, where they have to engage in slick turn based combat and navigate dungeons. Persona 5 is available to stream until 4th February 2020.

2014’s Middle-earth: Shadow of Mordor was one of the most beloved titles of its year, mixing fluid combat and the unique Nemesis system into the rich lore of J.R.R Tolkien’s world. Middle-earth: Shadow of War continues in its predecessors footsteps, enlarging the scale of the world and adding more variety to the combat encounters. Shadow of War will also be streamable on PlayStation Now until 4th February 2020.

Lastly, Hollow Knight is the critically acclaimed debut metroidvania from indie studio Team Cherry. The game follows a lot of the conventions of the genre, as you explore a large interconnected world, unlocking new abilities to advance even further and access hidden secrets. What sets Hollow Knight apart is its visceral challenge, with ruthless boss fights and a punishing death and checkpoint system. This is all punctuated by an oppressive world that’s on the edge of decay, with most of the life seemingly being long gone, adding a tinge of sadness to the various beautiful vistas and locations.

All three titles are available to stream right now.

Persona 5 is a Study in Time, Adulthood and Never Growing Up 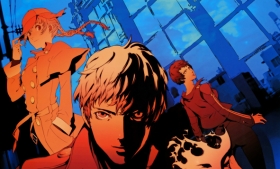