Magic: the Gathering player Austin Bursavich has been banned from the game after tweeting details of Wizards of the Coast giving elite players competitive advantages.

The company behind the trading card game have chosen 32 players from the game’s 2018-2019 Magic Pro League and players from the Magic Rivals League to be part of an exclusive Discord group in connection with Wizards of the Coast to discuss plans for upcoming events.

Mr Bursavich received information from friends and other players within this group about a Pro Tour coming up, being held on Magic the Gathering: Arena weeks in advance of the public announcement which gives these players a “huge competitive advantage”.

I have not seen the announcement myself, this is only what I heard.

It came from the elite players who tried to do the right thing.

Rivals/MPL were given these details ~5 days ago, and were told the announcement will drop May 19th.

As you know they have strict contracts.

I am sharing this bc it’s the right thing to do.

The elites getting a 2 week jump on info that the PT is in 5-6 weeks on Arena/all standard is a MASSIVE oversight.

But as you know, WOTC don’t seem to have a spot on their priorities for competitive integrity at the moment.

Please share this with anyone you know that’s qualified for RPT2!!

An arena PT is a huge change for many. You may need to get a new computer, or even start building your collection. You have 5 weeks! 😐

There is some small chance they change things, but it seemed locked in.

Austin Bursavich said: “It’s blatantly rigged this whole time, what are they thinking?

“What my friends and other people’s friends in the leagues are being accused of is telling their friends about a massive competitive edge they were granted unnecessarily so as to make the playing field more fair.”

In a series of emails revealed on Bursavich’s Twitch steam, Wizards of the Coast initially got in touch after a tweet revealing details about the pro tour, demanding that Bursavich tell them who leaked this information to him and delivering notice of an immediate ban when he refused. 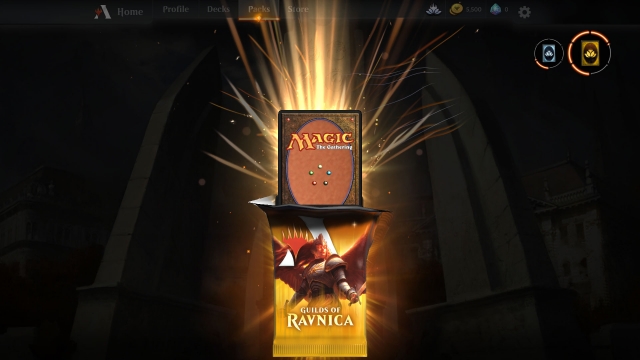 “I see a consistent utter disregard for the livelihoods of Wizards of the Coast’s most enfranchised competitive players, I planned my entire life around the half season, I accomplished my goal of doing well at the Regional Pro Tour and I feel like I have been laughed out of the building,” Said Bursavich.

Austin has since appealed this ban but does not yet know the outcome.

We got in touch with Wizards of the Coast but they are yet to respond, nor have they released any statement regarding the matter.

Is knowing that the pro tour would be on Arena REALLY that much of an advantage though? Surely it was pretty obvious to anybody who's living on Earth right now that this is what would happen?

Well, the pro tour was cancelled because of the current situation and all the points players have accrued to be able to attend the IRL pro tour have been wiped. They've then told select people, some of who wouldn't have had the points to enter IRL that it's back on but only via Arena weeks before most of the world had any idea, giving them time to prepare. It's like if FIFA told only the 4 best teams in the world when and where the next World Cup would be months before the rest of the world.

Dominiod your retarted if u think that seriously get a clue! Your brobly some little fag who plays arena and uses his moms creditcard to buy shit because you don't have a life or a job. Than and the statement u made just proves how stupid you really are!