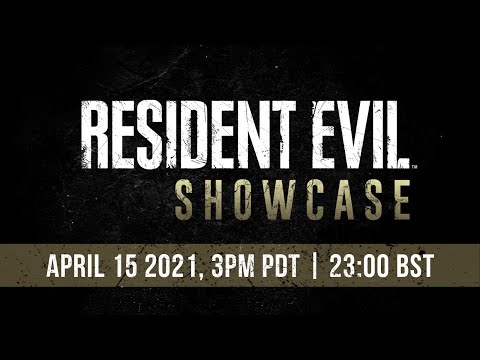 Did you miss the recent Resident Evil Village showcase from Capcom? You can watch the whole archived stream above, but if you don't have 30 minutes to spare, we've distilled the key points into the following info dump. Read on for a concentrated dose of Resident Evil news!

The showcase gave players an all-new three-minute trailer for the game, showing off more of the game's locales, characters, plot and scenarios. There are underground caverns, terrified villiagers, terrifying characters and even sea monsters. There's a lot to take in, that's for sure. While it does feature in the above stream, Capcom has also released the trailer separately on its YouTube channel.

Another demo, completely separate to the Maiden Demo which released earlier this year, will soon be available across all platforms (PlayStation 5, PlayStation 4, Xbox Series X|S, Xbox One, Steam and Stadia), although the window for access is incredibly limited. PlayStation owners will have three opportunities to play the demo, while players on every other platform will only have one shot. Find the dates and timings below.

The demo itself will give players an hour to explore the Castle and Village areas of the game at will.

The action-packed Mercenaries game mode which appeared in several earlier series entries, as well as in its own spin-off game for the 3DS, will be making a comeback for Resident Evil Village. The time-based game mode, which sees players facing foes and completing objectives against the clock, will be available upon completion of the main game.

The showcase confirmed that, in celebration of the franchise's 25th anniversary, Resident Evil will be crossing over with the asymmetric horror title Dead by Daylight. While little information was given about the nature of said crossover, we know that it will launch in June 2021 and come in the form of a whole new chapter of content for the game.

One of the most frequently re-released games in existence is getting another re-release, this time in VR. The acclaimed Resident Evil 4 was confirmed to be coming to the Oculus Quest 2. More details will be revealed in the recently announced Oculus Showcase on the 21st April.

The upcoming Resident Evil series, which is coming to Netflix, also made an appearance in the showcase with an all-new trailer featuring Leon S. Kennedy.

Resident Evil Village will release on PlayStation 4, PlayStation 5, Xbox One, Xbox Series X|S, Stadia and Steam on the 7th May. It is available for pre-order now.