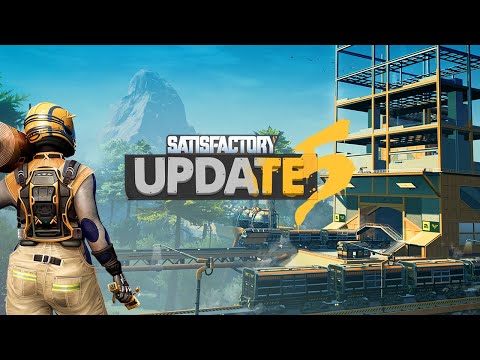 Satisfactory's new update is up now and here's what you should know!

We are excited to tell you all about what will be available with this new update. Coffee Stain Studios announced that the update will include five highly requested content additions, gameplay updates, and visual overhauls. Here are some of the things that will be available in the game:

The game has also had some quality of life improvements to the build system and the addition of dedicated servers so that players can now host a world and play with their friends!

This Satisfactory Update 5 is now available on Steam and Epic Games Store in Early Access!