Last year, Sony finally acquired vetern developer Insomniac Games after publishing many of their titles since the original PlayStation, and a recent report has revealed that it cost the conglomerate a surprisingly reasonable $229 million.

The news came from a filing made with US Securities and Exchange Commision. While $229 million is certainly a large amount of money, it’s worth noting that Microsoft spent $2.5 billion to acquire Minecraft back in 2014. For a studio of Insomaniac’s calibre it’s an investment that’s sure to pay off sooner rather than later, with its latest AAA title Marvel’s Spider-Man selling 13.2 million copies as of August 2019.

Insomniac Games has always found its biggest audience in its games developed for PlayStation hardware, starting with Disruptor back in 1996. The studio later went on to create numerous iconic franchises for the PlayStation brand, including Spyro the Dragon, Ratchet & Clank and Resistance.

There’s currently no word on what Insomniac Games is developing next, but there will likely be news in the coming months prior to the PlayStation 5’s launch. 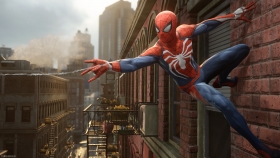