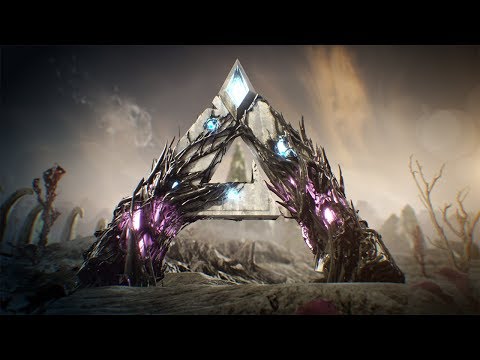 Ark: Survival Evolved creators Studio Wildcard hints at an ominous ending to the Ark story in its upcoming expansion, titled Extinction. In Extinction, players will travel to where the story began: Earth. On Earth, players will challenge giant, roaming titans that dominate the planet in order to save the future of mankind.

Lore drops will be released by Studio Wildcard leading up to the release. These drops will take the form of "explorer notes," the first of which dropped last Friday, and players who collect these little lore tidbits will also receive special skins and Tek-themed dinosaur variants.

Studio Wildcard has announced a release date of 6th November, 2018 for the upcoming expansion. This release date is for all platforms: XBox One, PlayStation 4, and Steam. Extinction will, of course, be free for those who already have the explorer's pack or season pass, but it will also be available as a standalone pack and upgrade.