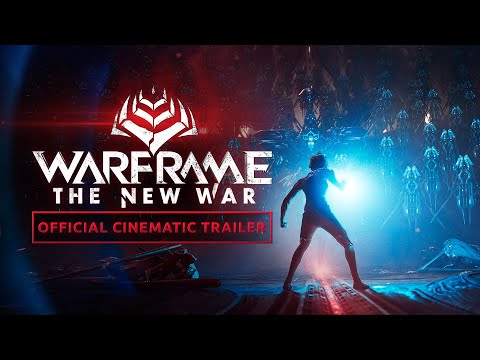 Discover your power within through the brand-new action-packed cinematic story for the award-winning sci-fi action game Warframe, as players attempt to restore balance to the fractured Origin System.

Warframe is receiving its biggest and most ambitious cinematic expansion yet, The New War. The developers are inviting both new and returning players to discover its free Cinematic Questline, which will combine a deep, personal story of self-discovery with action-packed gameplay that will take players across 16 planets with 3 open worlds.

In Warframe's final dev stream, a new cinematic CG trailer was released, revealing the face behind a Warframe, with stunning visuals, and as action-packed as one would expect these cinematics to be.

“Just as players have waited so long for this climactic moment in Warframe, we too have eagerly awaited the time where players would be able to experience the emotional depth and action of The New War that we’ve created for them,” Said the Director of Community and Live Operations, Rebecca Ford, expressing excitement for the upcoming expansion. “We can’t wait to experience The New War alongside our players and deliver a continuation in Warframe’s story that we’ll be able to build and expand upon. The future is bright, Tenno.”

The New War will have players controlling new playable characters, as they work through dramatic twists and turns that span across 3 Acts, with various missions throughout the new environments and the three open worlds besieged by Sentients, players will be tasked to overcome dangerous new foes in search of answers to long-standing questions about Warframe's universe.

New Warframe players, alongside returning ones, are encouraged to experience The New War by beginning their preparations today by jumping and participating in the Prime Resurgence event, which will allow players to gain access to or earn a vast selection of the game's rarest Prime Warframed and gear.

The New War will require players to meet a set of requirements to be able to participate. All of which are:

Excited? Jump into the fray, Tenno, and get a headstart at the Prime Resurgence event, live now, in anticipation of the release of The New War on the 15th of December.