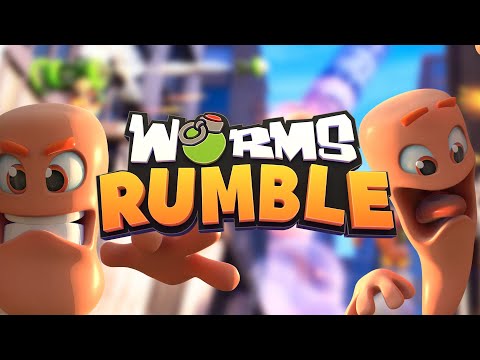 The latest title in the 25-year-old Worms series is out today. Titled Worms Rumble, the title will be available free for PlayStation Plus members on PlayStation 4 and PlayStation 5 between the 1st December 2020 and 4th January 2021 (alongside Just Cause 4 and Rocket Arena). It's also available on PC, although not for free. Check out the launch trailer above.

This entry marks a number of firsts for the long-running series. For one, it's the first real-time mainline Worms title, with turn-based strategy replaced with frantic fast-paced battles. On top of that, it's the first Worms title to offer cross-play support between console and PC. Next, it's the first time as many as 32 players have been able to play on the same match. Finally, developer Team17 plans to utilise the benefits of modern-day game development by making Worms Rumble something of a live game, releasing it with a limited batch of content and updating it regularly (for free).

If it succeeds, Worms Rumble stands a real chance at rejuvenating the long-running series, particularly thanks to its PlayStation Plus partnership and that cross-play support. It'll be interesting to see how the game shapes up over the coming months and—hopefully—years.