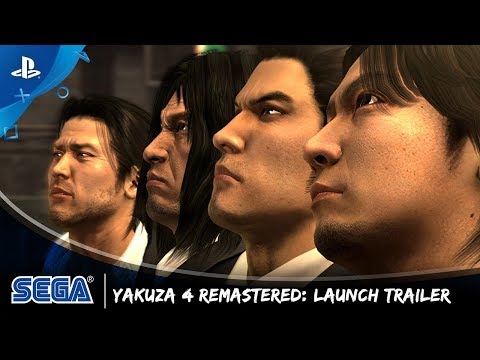 Yakuza 4 Released Digitally for the PlayStation 4

The critically acclaimed 2009 release, Yakuza 4 is now available to download for the PlayStation 4 as part of the Yakuza Remastered Collection.

As well as a resolution and frame rate upgrade (720p/30fps to 1080p/60fps), the game has also been filled with previously cut content and undergone a complete re-localisation. This means that the original script has been revised, reworked and edited to ensure English speaking audiences will experience Yakuza 4 with as much polish as possible.

This remaster is a clear response from Sega to the fact that Yakuza is more popular in the west now than it's ever been. When the Yakuza Remastered Collection is fully released on 11th February 2020, the entire series' story will be playable on the PlayStation 4. From Yakuza Kiwami to the upcoming Yakuza 7.

The collection itself, despite being one purchase, is receiving a staggered roll-out on the PlayStation Store. Yakuza 3 was made available on 20th August, Yakuza 4 on 29th October and Yakuza 5 will complete the collection on 11th February 2020. Finally, upon the collection's full digital release, it will hit retailers as a traditional boxed title.

Yakuza 4 Remastered is available now on the PlayStation Store as part of the Yakuza Remastered Collection.

PlayStation Plus Games for February 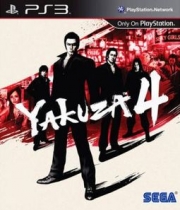