Growing up I was always a big Capcom fan, especially the Mega Man Series. The NES titles were great but there was always something special about the Mega Man X series on the SNES. I’ve never really found a game that replicated the feel of that game until I tried 30XX. This title is the second in the series that Batterystaple has released. The first title, 20XX featured randomly generated levels and gave you one life to complete the game, whereas 30XX has two modes you get to choose from Standard Mode where the game is like it was in 20XX or Mega Mode that feels a lot like a traditional Mega Man game and there is no permadeath. If you die you go back to the HQ where you can retry the same level to master it. The game will save your progress so if you complete a stage and boss or if you collect any items they will still be there. 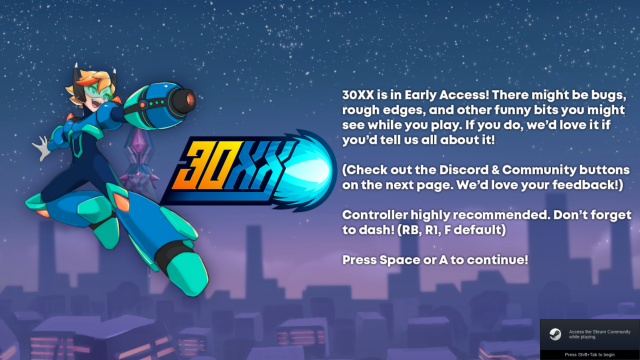 Since I personally find permadeath in games quite frustrating I opted for the Mega Mode. Having to replay a level multiple times to master it gives you a feeling of accomplishment when you are finally able to complete it. So if you enjoy games like this, 30XX will definitely be up your alley. When the game begins you start as the character Ace. His armour is red and he uses a laser sword; he looks just a little like another character you may be familiar with if you know your retro action platformers. This little intro level acts as a tutorial for the players to learn how to control Ace. Right from the beginning you can immediately do wall jumps or slide down walls if you are jumping down to slow your descent. After destroying a few enemies you will find a large capsule with someone inside. This is Mina, the game's other playable character, wearing blue and of course equipped with a blaster. Doesn’t feel familiar at all I’m sure. 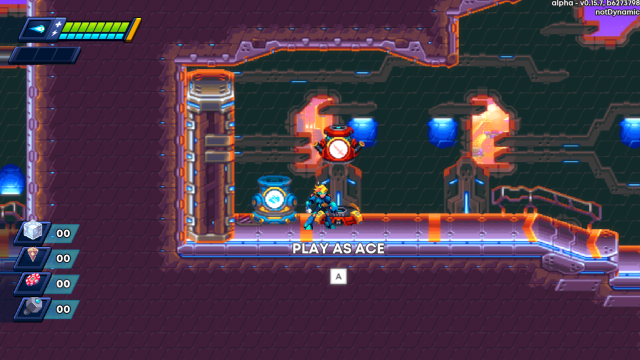 When you start your run after this point you have the option of choosing between Ace or Mina. Whoever you choose will be who you are using for that whole run until you start a new save or end your run if you are on Classic Mode. If you decide to check out the co-operative mode with another player you can try out local or online co-op and face the levels together as Ace and Mina. The newest version of 30XX is Early Access and in the alpha build phase, so there may be bugs and little updates happening all the time. There are a few scheduled bigger updates and on the title screen there is a message letting you know when the next big update will occur. 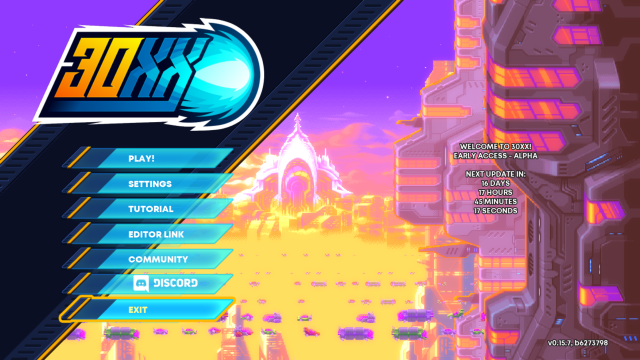 After the intro tutorial you start at a boss selection screen. There are six stages to choose from right from the beginning, and two that have question marks on them that will be unlocked once you complete the initial stages. Each of the levels has a difficulty rating of normal, bold or intense, so it makes sense to challenge one of the normal ones first. If you run off the screen to the left hand side you can choose which character you will play as, then after that this becomes the place to spend your memoria cubes and cones from beating the final bosses in each stage. There are a variety of upgrades you can spend these on to make your character stronger. If you really want to punish yourself you can go to the entropy selector and make the game harder. Not totally sure why you would want to do this, but the option is there. Run across the stage to the right hand side and you will have access to the recycle station where you spend the bolts you have collected from exploring the stages and defeating enemies. At first there are only three different upgrades available, but as you complete more stages three more upgrades will appear for each stage. Some of these items you can collect within the stages, but if you already have it that’s alright you can have multiple of the same item. If you do happen to die, you will have an assessment giving you the stats from your run and words of wisdom from the Bureau usually rude but always funny and entertaining. 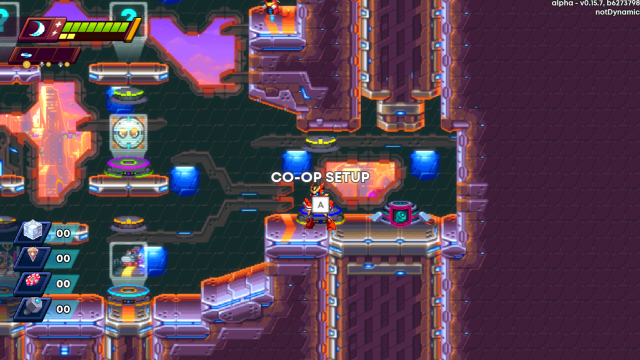 Powering up your character using these stations will really help your progress in the game. Some of the stages you found really difficult in the beginning become a lot more manageable once you power yourself up more. There is a limit on how many cores and augs your character can equip. As you progress items that increase the amount that you can have equipped at once will become available. You can customise which of these you have equipped, and it is easy to change them at any time you need a certain weapon or jumping technique. 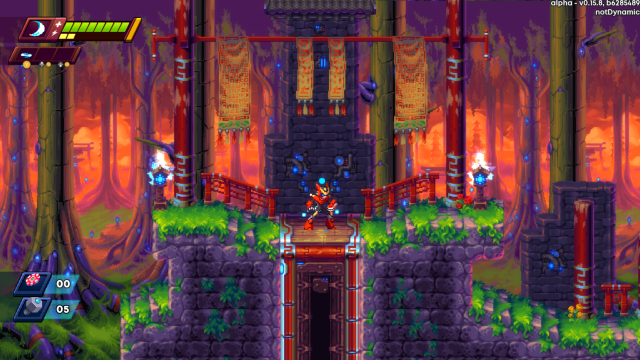 Using an Xbox controller on my PC I felt that the controls were really good. You get to assign whichever powers you want to the different buttons to make it control the way that works best for you. I love being able to have a secondary weapon available at the touch of one button instead of having to go into a menu to change it. Both of the characters have the ability to use charge attacks from the beginning, which will come in handy for taking down your enemies and the stage bosses. No platforming game is complete without some puzzles. You will have to solve them as you try to navigate your way to the stage bosses in 30XX. Even some of the blocks disappear as soon as you step on them, so be sure to not doddle too much or you are sure to fall. 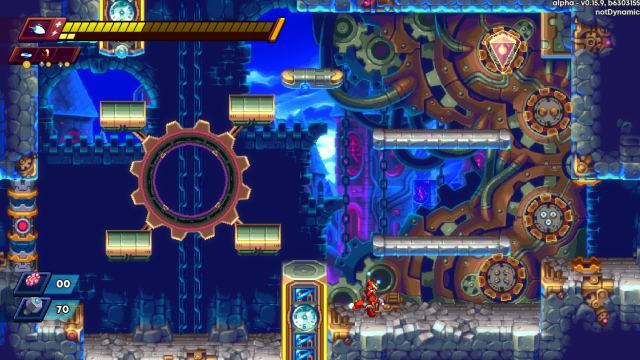 I love playing this game. The Mega Mode is exactly the type of game I love, a challenging 2D platformer with great music and graphics. It kicks your butt at first but as you try and try again you memorise where the enemies are and what you need to do to get through the level. If you are a fan of challenging, retro platforming games this is a game that you have to check out. Or if roguelike games that are super challenging with permadeath, 30XX also has you covered. As a bonus the option to play co-op local or online is included so you can share the challenge with the friend. I can’t wait to see what changes will come with the planned update and when 30XX is out of Early Access. 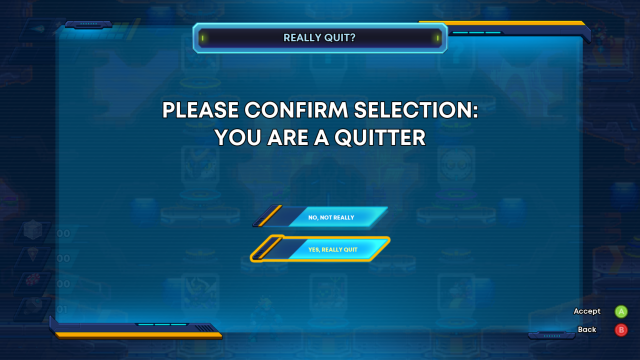 Now comes the hard part... having to wait for the full game to be released. Once you defeat all the non question mark stages you have reached the end of the preview. Guess while I wait for the full release I will challenge the game again playing as Mina for a different experience.