I’ve been fascinated with the Cyberpunk genre for a while, but I’ve found it difficult to find a game that I want to play in that genre. Sure, I technically own a copy of Cyberpunk 2077, but I’m still waiting on freeing up enough space on my PlayStation 4 to actually start it. So, when I learned about ANNO: Mutationem, a 2/2.5D Cyberpunk action RPG from developer ThinkingStars and publisher Lightning Games, I was hooked. ANNO promised a dark, intricate plot, breath-taking environments, and smart action that could be customised with a plethora of upgrades. Now, with a shot at the game’s demo during this Steam Next Fest, how could I pass up the opportunity to give it a test drive?

The demo opened with the main character, Ann, waking up in her apartment. Our hero, Ann, is a gruff, no-nonsense, sword-wielding, and gun-toting badass with a strange technology-based disease that seems to be threatening her life. That illness, or rather, Ann’s attempts to cure said illness, is one of the main focuses of the first half of the demo, where Ann is tasked with visiting a doctor. Said doctor is a somewhat creepy mad scientist sort of guy with a robot named Igor, and a laboratory only accessible through an elevator going down in what seems to be a dingy pawnshop. The overall journey would’ve been a quick one, only about a minute or so to get from point A to point B. 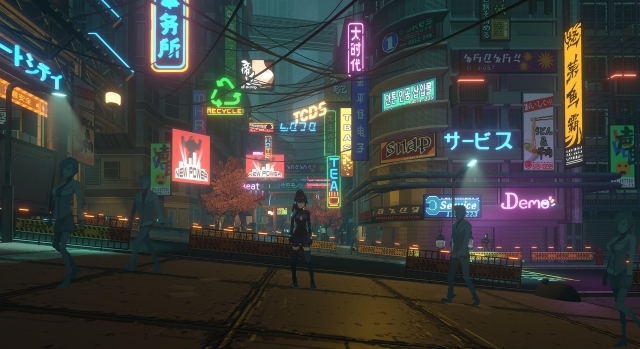 However, this portion of the game was simply too fun to explore. Ann was able to traverse the futuristic city, including her apartment building, the streets, and a couple of shops, all in 2.5D. Every nook and cranny seemed to have some sort of specific detail about the world, whether that be a conversation to eavesdrop on, a spot of graffiti, or even random bits of trash to pick up and sell for cash. Even those “random bits” each had their own personal description to them that managed to either be funny or offer a depressing look at the state of the world. Very few details were explained directly, but in looking around ANNO: Mutationem’s world, I saw a breadth of organic worldbuilding that only had me excited for more. For example, I appreciated the cars in the road and how they not only stop when Ann stands in front of them, but also honk their horns in frustration. It’s nice to see, even in dark, Cyberpunk futures, people still don’t like their car rides being inconvenienced.

On the whole, that sense of exploration, while certainly the culprit for most of the hours I spent in the demo, was very slow-paced. There’s no specific “run” button, so Ann only goes around in either her usual speed walk or something even slower. It’s certainly never overwhelmingly frustrating, though my tune might change if I were to play the full game and thereby have to deal with it for a lot longer than a few hours. Still, that slow exploration seemed to be by design, meant to force the player to actually examine the world around them in a more immersive experience. Adding to that sense of slowness is the very helpful ability to sense interactive objects around Ann, which causes her to stop in place until that ability is no longer being used. 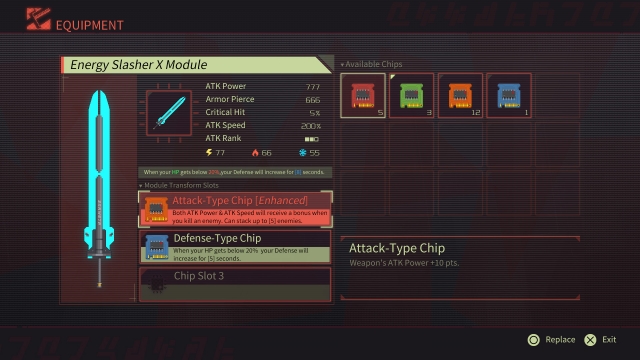 Sadly, however, while I gave the shops a good look, I wasn’t really able to purchase anything. Despite scouring the map for goodies to pawn off, I didn’t get nearly enough money to buy anything of consequence. The available weapons certainly looked cool though!

But eventually, it was time to move forward and let the creepy mad scientist run simulated tests on Ann, which mostly amounted to an intentionally glitchy tutorial for the more 2D-focused combat platformer portions of the game. After some jumping, sliding, and learning a couple of combos, that doctor brought in a special bonus test in the visage of a huge reptilian creature. At first, I was worried that the bloody tutorial was going to wind up kicking my butt with a sudden boss battle, but I ended up having a load of fun with that fight. Unlike the smaller enemies I fought beforehand (and later outside of the doctor’s simulations), this very large enemy was incredibly engaging to fight. I zoomed in and out of its attack range, learning which parts of its body were safe to be around when it telegraphed its different moves. Honestly, I usually have some trouble in getting my head around specific boss mechanics, turning to strategy guides to help offer solutions. Dark Souls, in particular, is a common culprit for my conundrums. But with ANNO, without any instruction for the impromptu boss fight, I actually felt like I was figuring the creature out with ease. 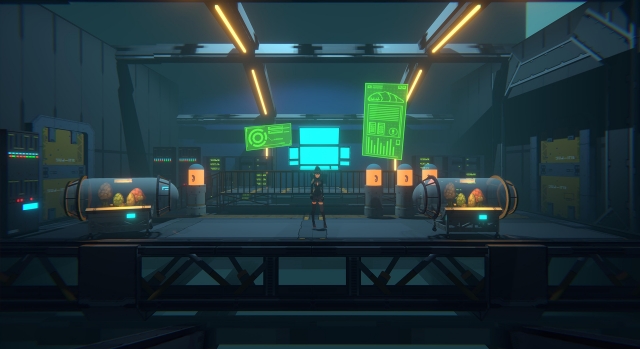 Later on in the demo, another set of fights break out after an interesting look at another location (though that was just limited to Ann’s estranged brother’s apartment), featuring more of the normal enemies you practice against in this tutorial. They were certainly easier the second time around and I was grateful for the reminder that I was already getting better at the game. Following them was another semi-boss battle against two heavier goons. They were smaller and faster than the first boss creature and I kept getting caught by even their more obvious attacks. While this was very frustrating in the moment, it was good to see that I won’t be able to blaze through ANNO: Mutationem with just the one bag of tricks. As for the story told and presentation shown so far, there’s not much concrete to tell. Strange things are happening with the business and criminal elements in this world, and both Ann and her brother seem caught up in them. Mysterious figures are afoot and we even get to see a vague flashback from Ann in 3D. And then there’s the relationships that Ann has with the people around her. In some respects, the general laypeople seem to know her as some sort of badass, asking her for advice on what weapon to buy or welcoming her as a usual customer. Furthermore, her conversations with both the strange doctor and a hacker that always seems to be talking in her ear speak to long histories between the characters, though I’m still hunting for specific information. And through it all, the art style stays the same, beautiful in its stark colours and jagged edges, seamlessly working in 2D, 2.5D, and 3D.

Overall, I’m excited from what I was able to play and have absolutely no qualms about keeping ANNO: Mutationem on my wishlist.